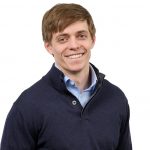 Last October, I wrote for this publication about the emergence of Antibody-Drug Conjugates (ADCs) for cancer, based on my father’s experience being treated with Padcev for bladder cancer. A few months later, I posted on Twitter that, while Padcev had stopped working for my father, he had since started on another ADC called Trodelvy.

His tumors had shrunk. He was taking advantage of the time he had been given to do things he enjoyed. My editorial here and subsequent tweet were celebrations of biomedical innovation and all that has been achieved in the last 20 or so years to improve and extend patients’ lives.

The celebration ended in early April. I found myself sitting in an armchair pulled up alongside my father in his hospital bed at Johns Hopkins Hospital in Baltimore. While his cancer remained in check, bacteria had gotten into his bloodstream, causing him to develop the severe weakness, confusion, and low blood pressure characteristic of septic shock. Worse, some of those bacteria had deposited onto the aortic valve of his heart, a condition called endocarditis.

Even though the team at Johns Hopkins had given him antibiotics that eradicated the bacteria from his bloodstream, my dad’s condition did not improve. His blood pressure remained low. He began to accumulate fluid in his legs and lungs, an indication that his heart was not pumping effectively. The bacteria had damaged the aortic valve so much that, while his heart pumped blood out of the heart every time it contracted, the blood rushed right back into the heart through the leaky aortic valve each time the heart relaxed.

He was hospitalized for three weeks. While he improved over the first week with antibiotics and treatment for his low blood pressure, he got worse over the next two weeks. He began to grow weaker, and as fluid filled his lungs, he needed more and more oxygen support. My dad’s heart had failed.

Over the preceding year and a half, Dad had been on four different anti-cancer medication regimens. The treatments came with significant side effects, but most of them also worked effectively to shrink his tumors. He tenaciously coped with side effects from his treatments and continued to lead a fulfilling life. But now, with his heart failing him, that had changed. There would be no more ADCs, no genetically-targeted anti-cancer drugs, no medicine that would miraculously restore life. After being a beneficiary of the remarkable successes of today’s biomedical innovation efforts, he now faced its limits. My dad, Rob Harding, died on April 7. He was 75.

There are a couple of things you should know about me as you read this.

First, I love drugs (the legal kind). As a physician, the main tool at my disposal to treat patients is my electronic prescription pad. As a biotechnology professional, my singular goal is to help discover and develop new drugs. While some have critiqued modern cancer drugs for offering marginal benefit to patients at the expense of debilitating side effects, those critiques don’t apply to my father. His bladder cancer responded to the treatments he received in stunning ways. While he did have major side effects from the medicines, the benefits unequivocally outweighed the downsides for him.  I am not a luddite who resists technological advances. On the contrary, I yearn for more progress that can help patients live longer, better lives.

The second thing you should know about me is that I have spent a lot of time with dying people—not only my parents (my mother died of ALS one year ago), but also the countless patients I have treated as a physician who were approaching death. That experience has given me perspective on how to care for a dying person.

Patients are cared for at the bedside, not in the lab, and that aphorism certainly applies to dying patients. Sometimes, when a patient is facing death, the doctor’s job is to find a medicine to extend their life. Sometimes, a patient facing death needs a treatment that eases their suffering. And sometimes, when death is coming, what’s needed is not a medicine at all, but an attentive ear or a gentle hand—simply being there.

As someone who loves drugs, the hardest thing for me was knowing when to stop throwing new things at the problem. There was always one more drug we could try: a new anti-cancer drug that might erase his liver metastases more completely than the current therapy; perhaps a different antibiotic could better address the infection on his heart; maybe the right medical cocktail could restore his heart’s strength.

How could I step back from my reflex to reach for a new medicine?

As I sat facing my father in his hospital room, I thought through the events over the prior three weeks. I looked at my dad as he lay still in bed. Eventually, I could see that he did not need another medicine. His hand was cool to my touch and puffy with accumulating fluid. I squeezed his hand and he squeezed mine.

All doctors live for the opportunity to save a life. It’s what we dreamed about when we started medical school, and the thrill of making the right diagnosis and giving the right treatment to a patient teetering on the precipice is what spurs most of us to keep going. Indeed, the entire artifice of the biomedical innovation machine—academic labs, biotechnology start-ups, pharmaceutical companies—revolves around the ideal of saving a life. Sure, the FDA describes “Feels, Functions, or Survives” as the key criteria to determine whether a drug should be approved. “Feels” and “function”–in other words, improved quality of life—certainly matter a great deal, but we all know that drug discovery glory goes to increasing survival.

And yet, a universal, inescapable truth will eventually confound all our efforts to preserve life. It is a fact that is both utterly obvious and rarely discussed: Everyone we love will one day die.

If you are lucky enough to live a long life, you will probably accompany people you love on their journey toward death, too. It’s worth thinking about how you will handle such a situation.

In the biomedical professions, we tend to delude ourselves into thinking that most medical decisions have been studied with sufficient precision that they can be considered a matter of science. Often, such faith in science is exaggerated. The decision on when not to continue aggressive measures, in particular, remains firmly planted under the domain of art, detached from hard data.

In a world where data is king, letting go of scientific endeavor at the end of life can feel like a loss of control. It is difficult to concede that our scientific arsenal is no match for nature. And yet, doing so can be exactly what is needed to provide someone you love with comfort and dignity as they die. It does feel like losing control. But it is also a way to bring what’s important back into focus. All the sophisticated technologies—the drugs, devices, and equipment that form the apparatus of biomedical innovation and its efforts to prolong life, dissolve away. What’s left is the person you love.

Hard as it was, I had sat with enough sick patients to know. As I sat there with my father, I saw that it was time to embrace the limits of scientific progress. It was time to sit together, me and him. No more IVs or EKGs, no more pills or blood draws. Just two people.

In that hospital room, Dad and I talked about the summer vacations our family had taken when I was a kid. He had particularly fond memories of our trip to the Grand Canyon when I was 8, and when I was older, to Brazil. He mentioned a few people he wanted to make sure my brother and I invited to his memorial service. We reminisced about going to baseball games together at Camden Yards. He had taken me to the game in 1995 when Cal Ripken, Jr. tied Lou Gehrig’s record for consecutive games played.

After we talked for almost an hour, Dad needed a break. He dozed off. I squeezed his hand a little tighter.

Inflation Reduction Act: Big Changes Lurking for Drug Development
Seek Truth and Kill Quickly: Learning the Hard Way About Biotech Startups
Lessons from the Road: What I Learned from Remix’s Series B
The Globally Integrated Biotech Is Down, But Not Out