Academia has a tradition of doing nothing, or next to nothing, to educate and encourage young people to learn about entrepreneurship.

But whether academia wants it or not, it’s coming. Young scientists are taking matters into their own hands, organizing themselves in many major research hubs.

Nucleate, the nonprofit providing free resources to empower a new generation of biotech entrepreneurs, is announcing today it is roughly doubling its network of regional chapters from 9 to 17. The new nodes will organize young scientists in some major US research centers – Ann Arbor, Atlanta, Boulder, Chicago, Seattle and Texas. The group is also expanding internationally to the UK and Switzerland. 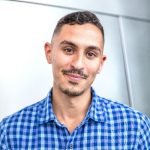 “Nucleate has created a mechanism for connecting us all together,” said Soufiane Aboulhouda, a PhD student in the George Church Lab at the Wyss Institute of Harvard University. “We’re no longer limited to the Harvard or MIT peer network. Now I interact with people from all around the world.”

What the trainees want to learn about, and interact over, is all the stuff they don’t get from the lab, or from class. How to put together a business plan to build on the science. How to start a company. How to think about IP. How to find the right service providers. How to make a pitch to raise money. How to build a network of people with complementary skills to turn an idea into a reality.

“They want to learn, and they want to learn by doing,” says Oliver Dodd, a co-founder and co-president of Nucleate. He’s also a PhD student in the Church Lab, long known for its entrepreneurial bent.

The current crop of young leaders at Nucleate have assembled educational resources online for what it takes to start a company. They’ve tracked down skilled industry mentors like Peter Barrett of Atlas Venture, former Alnylam CEO John Maraganore, Mira Chaurushiya of Westlake Village Biopartners, Cami Samuels of Venrock and Peter Kolchinsky of RA Capital. Well-known scientific entrepreneurs like George Church at Harvard, Steve Quake at Stanford and Pam Silver at Harvard are also among the advisors.

During the pandemic times, they’ve poured their energy into community organizing of students across the country, which would not have been possible before Slack and Zoom and social media. The resources they put online for their members, like so much else online, are free. Even a long-anticipated two-day in-person summit in Boston Aug. 29-30 is free to members.

About 560 grad students and postdocs are active organizers, Aboulhouda said.

Campus culture usually says to keep your head down in the science, work hard, and maybe someday you can become a principal investigator.

That’s not realistic for most people, and hasn’t been for a long time.

Mira Chaurushiya, senior partner at Westlake Village Biopartners, said the Nucleate model reminds her of Biotech Connection Bay Area – a student-led group that’s been focused more on preparing students for careers in consulting. She’s been impressed with the combination of talent, drive, and humility from the founding Nucleate crew. 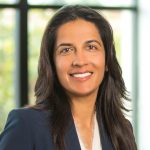 “I love it when PhD students and postdocs self-organize in a way that’s productive for the whole community,” Chaurushiya said. “Unsurprisingly, they are incredibly high achieving people. To go from a standing start to what they’ve achieved today is really impressive. I’ve found them very thoughtful and humble. There’s a sense of ‘we know what we don’t know.’”

John Maraganore added: “Nucleate is a remarkable organization of students and young entrepreneurs keen to advance new frontiers of medicine. I’m amazed with how this group has grown over the years, and I’m awed by their passion and energy. There’s so much potential for this group to continue to expand as a nexus for future leaders in our industry.”

One of the key challenges will be sustainability. Student-led groups naturally have high turnover as people graduate and get jobs. Part of the challenge will be to institutionalize some of Nucleate’s processes, and develop leadership succession plans at each chapter to keep the momentum going, Aboulhouda and Dodd said.

Diversity as a value is almost a given. Half of the active members are women or gender non-binary, one in four members are from underrepresented minority groups, and members come from 44 countries around the world. Increasing diversity is “one of our primary goals,” the organization says.

There is so much interest, Nucleate turned away a few local chapters that expressed interest in joining the model this time. The group had inquiries from students at about 30-40 campuses around the world for this round of expansion that ultimately included 9 new chapters. Nucleate wants to make sure it expands its donor base to support thoughtful expansion.

The group has hired its first full-time employee, a finance person, Aboulhouda said. The vision longer-term is to have a small professional staff that can do a lot of the day-to-day work of managing the organization, with volunteer students remaining in leadership. That way, Nucleate will maintain its street cred as a group run by students, for students. It’s important to keep a finger on the pulse, to stay close to what the students need, Dodd and Aboulhouda said. 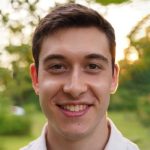 Dodd and Aboulhouda both say they’ve been influenced by the experience in building Nucleate, and their “Plan A” is to work at a startup after getting their PhDs.

Michael Retchin, a PhD student at Memorial Sloan Kettering Cancer Center in New York and EVP of strategy for Nucleate, said something about the group’s influence that stuck with me for days.

The community that’s been created is providing something deep, something needed, and something missing from traditional graduate school experience. It’s both a supportive fellowship for entrepreneurs, and an outlet for personal growth.

“It’s like going from being blind to being able to see things,” Retchin said. “I can see possibilities for my own career that I didn’t see before. And no longer do I think of my career as being solely for myself. Now my career is something collective. It’s about how do we work together, how do we advance the science together in the next generation. It makes me thrilled to work on this.”