Computers have been overhyped as tools of drug discovery for 15-20 years. But things have started turning in the right direction the past couple years, judging from recent bets by a few perspicacious investors.

That’s a lot of money for a drug discovery method that hasn’t yet borne fruit with an important FDA-approved medicine. 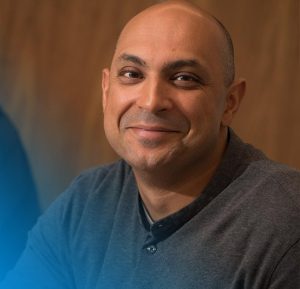 “There has been a false dawn of computational tools being useful in discovery. But from our first couple years, we know now is the time,” said Relay CEO Sanjiv Patel.

Oleg Nodelman, founder and managing partner of EcoR1 Capital in San Francisco, invested last year in the B round before re-upping in this C round.

He told me by phone:

“Their ability to see these proteins, and focus on protein motion in a way no one else can – it’s a pretty big deal. There’s awesome unique chemistry that has come out of it. There are not a lot of opportunities like this with blue-sky potential. That’s always very attractive.” He added that he sees a lot of “therapeutic density” these days — jargon for people claiming to be innovative but pretty much working on the same stuff. “Relay is very much not one of those companies,” he said.

The basic concept is all about starting with high-quality crystallography images, and using them to create “movies” of a protein target, instead of just a snapshot. With a more fluid, dynamic and biologically realistic starting point for drug discovery, computer-aided simulations take on a whole different meaning. Relay’s team looks at how those dynamic proteins behave when binding with different shapes and sizes of small-molecule chemical compounds.

Here’s how I described the vision two years ago:

Snapshot images of molecular targets are crucial tools of the drug discovery business…but proteins that do the work in cells aren’t static. They don’t reveal their full range of possibilities in a still photo. They are constantly folding into different shapes in real time. That dynamic shape-shifting counts for a lot, because it alters what jobs the proteins perform. It makes them especially tricky moving targets for drug discovery. But what if you could mash together a handful of new technologies to move beyond still images taken through X-ray crystallography? What if you could start looking at short “movies” that capture the dynamic range of possible shapes presented by drug targets?

Relay isn’t the only company taking advantage of advances in crystallography and computer simulations of small-molecule binders. This fall, we saw Waltham, Mass.-based Morphic Therapeutic raise an $80 million Series B round this year, and secure a $100 million upfront deal fee from AbbVie for the right to work on a couple of computationally-derived drug candidates aimed at integrin targets for the treatment of fibrosis. Previously, Cambridge, Mass.-based Nimbus Therapeutics had success using computational techniques for a NASH drug that it sold to Gilead Sciences, and against a couple of immunology targets that Celgene saw as fit candidates for partnership.

The concept at Relay – that you can use computation over and over again against multiple targets for drug discovery that were previously thought undruggable – has now been thoroughly tested the past couple years at Relay, Patel said.

How thoroughly? Relay is playing its cards close to the vest on a number of important questions. Relay isn’t naming any of the molecular targets on its clinical development priority list. It isn’t saying which classes of protein targets are most amenable to its approach. It isn’t saying when it expects to bring its first drug candidate(s) to the clinic.

It can still get away with that at this early stage of gestation, as a private company.

But Relay is saying a few things. The company has 70 employees today, and plans to grow to 105-110 in 2019. The plan is to move to a new 25,000 square foot facility in Cambridge with room to house its experimental wet labs, its hard-core computation assets, and with a floorplan carefully crafted to promote cross-fertilization of biology and chemistry and computational people.

The therapeutic focus, until now, has been on oncology. The new cash will allow it to expand to other therapeutic areas. Efforts thus far have been focused on small molecules made to bind in different parts of a protein’s active site, and also against allosteric targets.

Traditionally, computational drug discovery models could calculate small molecule structural  possibilities based on “movies” measured in nanoseconds of length. That’s one thousand-millionth of a second (10 to the minus-9). With advancing computational power at the fingertips, Relay’s scientists can review movies that are microseconds (10 to the minus-6), or sometimes milliseconds (10 to the minus-3) in length, depending on the protein, Patel said. That’s a leap of 6 orders of magnitude in information about a target’s properties. That’s a lot more grist for the mill of machine learning and artificial intelligence.

Patel was careful to barely utter the ML/AI buzzphrases, trying to put more emphasis on words with more meaning in biotech. The platform, he said, has been tested with new chemical entities repeatedly against multiple targets, Patel said. Relay has shown that these new chemical entities can do what they are supposed to do in the proving ground of in vivo animal testing. (Patel wouldn’t say how many animal models, or which species, have been used thus far).

This last point was important. “The investors who participated were very clear the in vivo data we have validated the approach,” Patel said. 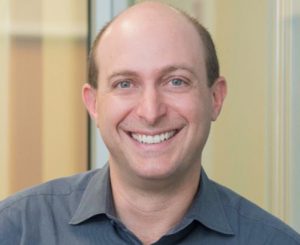 Alexis Borisy, the partner at Third Rock Ventures and executive chairman of Relay, was careful not to get carried away. He scoffed at some who claim that computation will shrink down the earliest phase of drug discovery from 4-5 years to 4-5 days.

But, he did share an anecdote that he said made his “jaw drop open.” After creating “movies” for a structural target of interest, and setting a series of constraints on a computational drug discovery model, the team came away with recommendations to make about 20 candidate molecules. “Half of the molecules were really potent active molecules,” Borisy said. “I can tell you, this doesn’t happen. This isn’t the way it works. It’s a significant step up.”

Having potent binders, of course, isn’t the same thing as having a drug. Computers can’t yet predict side effects. All of those potent binders could be duds. Much more painstaking work and careful experiments need to be run to get a lead candidate for preclinical in vivo toxicology studies. Borisy’s summation: “This isn’t turning a 4-year process into a one-week process. But it is robust and reliable and productive.”

Patel, while remaining secretive on many key questions, was animated in describing the job of company-building.

Thus far, the company’s biologists, crystallographers, computational chemists, medicinal chemists have stitched together a workflow. It starts with structural biology images of full-length protein targets at room temperature, and in a cryopreserved state, looking with sensitive tools like NMR, in hopes of capturing some of the shape-shifting that occurs when proteins move from an open to a closed conformational state. “Having a rich understanding of the protein in its normal and diseased form is the very foundation of what we do,” Patel said.

With help from collaborators at D.E. Shaw, the New York hedge fund known for its computational chops, the Relay team can run simulations that go beyond 3-dimensions, and into 4-D (by adding structural changes in real-time). Relay uses a hybrid of its own servers for computational power and storage, along with added computation from third-party cloud computing vendors. Computational chemists and medicinal chemists work together to make small molecules based on what the simulations show.

Structural biology – the group that gathers the images to be fed to the computers – remains the largest group of employees within the company, Patel said. Getting proteins produced under the right conditions (room temperature and cryopreserved), and in full-length form before images are taken, remains challenging and time-consuming, Patel said. “We need full-length proteins to see intricate conformational changes,” he said.

Relay wasn’t saying much beyond that. Like all startups, it fears that if competitors with deep pockets knew what was up, they could get chased down from behind.

Pharma companies traditionally think about creating barriers to entry for competitors and protecting value by way of patents, principally on molecular composition of matter. But with Relay, there’s much more to think about with protecting its value.

An important part of its formula for maintaining a competitive advantage is in getting the cultural aspects right – getting the right people, and creating an environment where both Kendall Square and Silicon Valley types can thrive. This cultural stuff, combined with trade secrets on how the technology platform works together, is difficult for outsiders to copy, but not impossible. That cultural part is especially hard for pharma to replicate at its immense scale. How far ahead of its rivals does Relay think it is? “That’s a difficult question to answer,” Patel said. “We are always paranoid about that. That why heads down challenging forward, and push our programs to the clinic.”

Relay points with some pride to a “Best Places to Work” award it recently won from the Boston Business Journal – no small feat in a place like Boston/Cambridge that has increasingly ferocious competition for talent. The company plays up “fun facts” or quirks about its people on the company website. Company press releases this year were mostly about new hires. 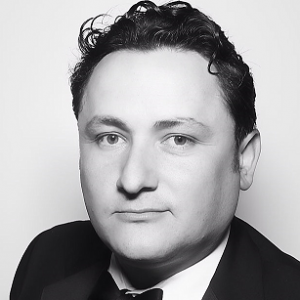 Nodelman, the investor, said it’s not all just window dressing and happy talk. He’s impressed with the emphasis on people at what otherwise might be an ultra geeky tech-biotech company. “In biotech investing world, as a group, I’d say we’re horrible at appreciating how important that [human dimension] is,” Nodelman said. “It’s incredible to me how much time this company spends thinking about that. Even to the point of board composition…we get to see the sausage making in a lot of companies, and this one is special from that perspective.”

Two years ago, I wrote in Forbes about computational drug discovery as one of the trends to watch in biotech for 2017. I’d say the same thing for 2019, only with added confidence. Patel went so far as to say he thinks these types of computationally-driven drug discovery techniques will be standard practice in pharma at some point. How long will that take? Nobody knows.

Scientists at the Movies: Relay Therapeutics CEO Sanjiv Patel on The Long Run