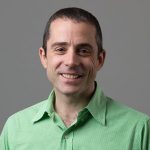 I grew up in Catalonia, in the north-east of Spain, and came to Boston in my late 20s for a PhD at MIT. Today, I am the CEO of Vedanta Biosciences, a Boston-based biotech I co-founded.

As I write this, the coronavirus epidemic is extending across Spain faster and more broadly than it has anywhere else in the world (see figure below).

The total number of deaths doubled in three days.

The worst scenes are coming from Madrid, the capital and largest city in Spain with 3.3 million people. The hospital system in Madrid has already collapsed. Over the next two days, the hospital systems in other regions will collapse, too. I am seeing videos of doctors in tears explaining how they have to remove respirators from people over 65 to give them to the younger patients, and then sedating seniors to minimize their suffering.

The failure of the Spanish government to respond to this crisis has been perhaps the most spectacular of any country in the world, so far.

COVID-19’s emergence took China’s government by surprise. Elected officials there first silenced scientists, but soon realized their mistake and acted with determination to fix it.

Italy was caught off guard, perhaps too comfortable with its geographical separation from China, and the virus ravaged its northern regions.

Spain’s elected officials saw the tragedy in nearby Italy unfold. They had the benefit of a several-week advance notice from a close neighbor and had absolutely no excuse for inaction. 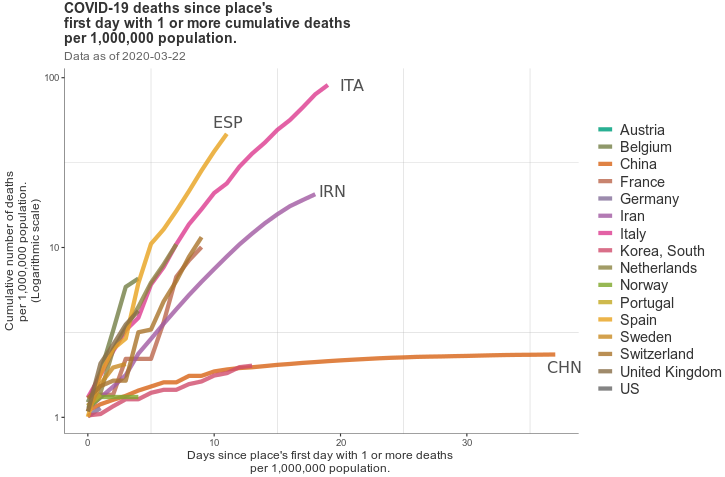 Denial Can Be Fatal

“Spain will have, at most, a few isolated cases of coronavirus.”

“There is no coronavirus in Spain.”

These were the words of the government officials in charge of coordinating Spain’s response only a few weeks ago. These statements were coming out at about the same time that here in the US, President Trump was saying “we have it totally under control.”

Neither country was doing any meaningful testing at the time.

These are words that will go down in infamy.

As COVID-19 was ravaging northern Italy, Spanish government officials took a criminally cavalier approach. In early March, with already over 130 cases and several deaths in Madrid, the prime minister allowed mass gatherings including the 120,000 people-strong march in downtown to celebrate International Women’s Day on Mar. 8. Soccer games with tens of thousands of fans packed in stadiums. Around that time, a political rally of 9,000 people gathered in a bullring.

All of these things should have been cancelled, given what was known about the virus at the time.

Despite being hit several weeks before Spain, Italy acted faster in reducing mobility in the initial cluster of cases in its northern region of Lombardy. Spain, instead, allowed people to move freely in and out of Madrid early on, and these people dispersed across the country. Officials also allowed mobility inside Madrid, with 50% of people still going to work as recently as last Friday, Mar. 20. Lombardy and Wuhan were in lockdown well before they hit that same point in the epidemic curve. Now Spain has the fastest spreading contagion in the world.

Don’t Silence the Scientists. Events Will Force You To Do What They Say

In China, when now deceased Dr. Lu Wenliang tried to warn the elected officials about the coronavirus outbreak, he was threatened by the police to “stop spreading false rumors.” In Spain, this type of restriction on freedom of speech is frowned upon as unsophisticated. Instead, the government has relied on its friends in the press to defame scientists that sounded the alarm.

Renowned epidemiologist Oriol Mitja, who was involved in leading research to eradicate yaws from endemic countries, has been one of the most vocal scientists asking for stricter measures. A month ago, he advocated common sense measures including cancelling gatherings, getting ICUs ready, or isolation of symptomatic cases, and asked for transparent communication of the imminent risks by the government.  A week ago, with deaths already skyrocketing, he asked for a strict shelter-in-place and called for the resignation of the government official coordinating the COVID-19 response.

Not only were his warnings ignored, he was bullied for speaking out. Some of the country’s newspapers with close ties to the government accused him of being politically motivated. Gradually, the government has been forced to enact the exact set of measures that he proposed early in the outbreak, when the measures would have been more effective. A large group of Spanish scientists is now saying that the government actions are still not sufficient to control the exponential phase of the epidemic, and are asking for stricter measures. This time, the government should listen.

“If Your Government Won’t Help You, Do It Yourself”

This pandemic has put on display the complete failure of leadership by the elected leaders in Spain. The same is happening in the US with Trump. There really are tremendous social costs to electing inept leaders to office. But the pandemic has also exposed the ability of other groups of individuals — usually at the state or local level — to make change happen.

In Spain, several regional governments have asked their people to follow more strict social distancing measures than those recommended by the central government, and in Catalonia, a consortium of automobile and tech companies have banded together to develop an industrially scalable respirator prototype of which they plan to produce 100 units daily by next week. In the US, we have seen some state governments take decisive action where the federal government came up short. We have seen private industry and academic institutions step up, and create work-arounds, to help address the tremendous deficiencies in testing and availability of personal protective equipment and respirators.

And each of us can individually also do things to protect ourselves and others.

“The most fundamental function of a government is to keep its people safe. It is from this that it derives its authority, the confidence of the people and its legitimacy,” he wrote. “If your government won’t help you, do it yourself.”

That’s what I told my 70-year-old parents in Spain. They are now secluded in a house in the mountains. My brother is temporarily not living under the same roof, to limit the risk of contagion. Elderly people all over the country are being isolated from their loved ones for their protection.

Right now, I’m very angry. I wrote a first draft of this piece last night. As I get ready to hit send on revisions this morning, just a few hours later, the toll has gone up by 500 new deaths and 7,000 contagions. The hospital in Reus, my hometown, has 23 COVID-19 patients, eight in the ICU. The average stay is 25 days.

They are 3 respirators short.

They expect to be collapsed by this weekend.