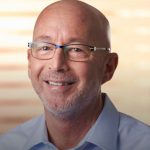 As the coronavirus pandemic spreads and the death toll mounts, two areas of drug development have come front and center in the battle.

Antivirals are the first and most obvious class of medicines to reach for in the toolbox. Given the expertise and considerable resources of companies in the HIV and hepatitis C field, this is a promising place to look for help. Gilead Sciences has said it expects to report data from a randomized, controlled study of remdesivir this month, providing the first glimpse of reliable data for a treatment that could help people in a hospital setting.

Besides remdesivir, we are seeing a flurry of activities that primarily involve “repurposing” drugs and drug candidates for which SARS-CoV-2 was not the original raison d’etre. Numerous direct-acting antivirals originally tested for HIV and other viruses, recombinant cytokines and infusion-based cell therapies are poised to enter or are currently enrolling SARS-CoV-2 patients with results available in the coming weeks and months.

Less attention has been paid here, but immune modulatory drugs could play another crucial role in the fight. Indeed, our capacity to control emergent viral outbreaks is dependent upon the ability of our immune systems to either successfully fight the virus ourselves, or our ability to teach our immune systems to fight and establish herd immunity to the pathogen.

Immunology in the context of SARS-CoV-2 is dealing with two sides of the same coin. On one hand, our response to viral infection is characterized by an attempt to immunologically control viral replication and spread in the host through the carefully orchestrated activation of innate, cellular and humoral responses.

The first detailed immunologic case report of a patient with SARS-CoV-2 appeared recently in Nature Medicine (16 Mar. 2020). Researchers from Melbourne, Australia, evaluating a 47-year-old female patient from Wuhan who needed emergency care, showed the orderly evolution of the patient’s own immune response leading to a presumptive protective antibody response. The patient had mild disease, and recovered by Day 13.

On the other side of the immunological coin, we can see what happens with excessive immune activation, which can lead to acute respiratory distress (ARDS), organ failure and death. The presumptive underlying mechanism is the elicitation of a “cytokine-storm” in which the immune system mounts an overexuberant response to fight the SARS-CoV-2 virus. This concept is familiar to those in the CAR-T cancer immunotherapy field, in which activated immune cells rapidly release a flood of inflammatory cytokines. The lessons learned in the management of patients treated for cytokine storm in cell therapy are rapidly being applied to the care of severely sick SARS-CoV-2 patients.

So the battle has components of both immune stimulation and immune suppression in order to fine tune the spectrum of reactions to viral infection.

The end game will be the successful development, and wide dissemination, of a protective vaccine.

In the interim, the presence of neutralizing antibodies to the virus in the blood of recovered patients provides clues for an immediate therapeutic approach. Anecdotal reports from China using plasma from convalescent patients recovering from SARS-CoV-2 suggest improvement of symptoms in acutely ill patients treated this way (JAMA 27 Mar. 2020).

As more patients recover, and we better understand whether these antibodies provide acute or transient protection from infection by SARS-CoV-2, scaling-up plasma collection to create hyperimmune globulin will provide another tool to combat the virus in the relative near term.

The approaches being pioneered by VIR Biotechnology and Regeneron Pharmaceuticals to identify one or more neutralizing antibodies against the virus through screening has pointed them on the way toward recombinant versions of SARS-CoV-2 neutralizing antibodies that can be practically produced at large scale using tried and true methods of recombinant protein manufacturing.

The principle behind this approach is analogous to the use of convalescent plasma, but allows for specificity, quality and manufacturing scale unachievable with the former. These antibody therapeutics could provide at least transient protection to those at the greatest risk — healthcare providers and first responders. Such antibodies could also potentially be used in high risk immune-compromised patients, the elderly, or to treat patients with severe complications of SARS-CoV-2 infection.

And then there’s the “traditional” approach to vaccines being done in a very nontraditional way, with an mRNA-based approach. Moderna has been developing its technology against other viral pathogens. It went from viral sequence data to the first human dose in the remarkably fast time of just over two months. The initial Phase 1 studies, now underway, are aimed at demonstrating safety and proof of immunogenicity at escalating doses. If successful, this mRNA vaccine candidate will likely be the first of many in its class.

There are many questions still to be answered including the robustness and universality of antigen expression with mRNA, the degree and durability of protection against viral infection, and of course, long-term safety. The Phase I healthy volunteer study with the Moderna vaccine candidate, in Seattle, is designed to follow subjects for a full 13 months.

It’s also instructive to look back on the lessons learned with SARS-1, a related coronavirus that spread through China and other parts of the world in 2003.

Some of those lessons include monitoring the immune parameters that correlated with resolution of infection and development of protective immunity. That information should provide some insights into what we should be aiming for with vaccine strategies. SARS-1 resolution was associated with development of a CD8+ Th1 [T cell] response in the lung as well as a virus specific humoral [antibody] response. It’s logical to assume that the vaccine candidates directed against SARS-CoV-2 would ideally elicit an equally broad and integrated immune response to maximize protection.

Getting the immune modulation balance right is a challenge, especially with an acute care situation where patients can go from asymptomatic to death very rapidly. The consequences of cytokine storm are severe, triggering acute pulmonary symptoms in SARS-CoV-2 infected patients. In patients receiving CAR-T therapy or some antibody therapeutics, the acute release of inflammatory cytokines can result in death from organ failure.

Studies are now underway in SARS-CoV-2 patients with several cytokine inhibitors and borrow heavily from the lessons learned from cell therapy. Think of the strategy here as another form of “flattening the curve.” Studies underway with IL-6, GM-CSF and other cytokine inhibitors attempt to attenuate the burst of cytokine release in response to the virus. Flattening the curve for IL-6 has been useful in other cytokine storm situations, so there’s a strong rationale for these studies now.

Whether a single cytokine inhibition strategy will be broadly successful is an open question, though precedent is on our side here with the use of these immune modulators (anti-IL-6, anti-TNF, anti-IL-1) in both acute and chronic settings across a spectrum of therapeutic areas for many years. In addition to the burst of cytokine production due to immune cell activation, patients with SARS-CoV-2 ARDS exhibit dramatic infiltration of immune cells into the lungs and airways. Several agents that prevent cell extravasation into tissues such as anti-CCR5 and S1P1 associated mechanisms are potentially useful to flatten the curve of excessive activated immune cell extravasation. There are also a host of drugs which are routinely used in chronic inflammatory settings for which the mechanisms are potentially broad, including the much talked about hydroxychloroquine (a purported antiviral as well) and colchicine.

It may be that a broader, multifactorial mechanism of action will prove to be an asset, given the complexity of the immunological cascade that leads to ARDS. These “old” drugs may well be more readily available to very large numbers of patients in both the developed and emerging economies as well.

The emergence of the new coronavirus and its eventual demise will involve immune modulation.  Whether that’s done in situ by the infected host or with the advent of successful vaccines, control will come. Having been involved with immune modulation drug development for 30+ years, I’m heartened by the availability of the tools to understand SARS-CoV-2 and the interplay with the host immune system, and a broad array of potential interventions being put to good use.

There’s reason to believe our industry will solve this pandemic. As a society, we missed our opportunity to prepare for SARS-CoV-2 with both SARS-1 from 2003 and MERS in 2012. They were warning shots across the bow. Let’s hope the lessons of SARS-CoV-2 will prepare us for the next novel pathogen — SARS-CoV-23 or 25, or 27 — with more than just our own naive immune systems to protect us.

Puretech Focuses on the Long-Term Lung Complications in COVID-19 Survivors
Dig Deep and Fight Hard Against Injustice. Here’s How