Today’s guest on The Long Run is Andrew Plump.

Andy is the president of research and development, and a member of the board of directors, at Takeda Pharmaceutical. Takeda doesn’t get a lot of attention in the US, but it’s one of the world’s biggest pharmaceutical companies by revenue, ranking a little behind AbbVie and a little ahead of Bristol-Myers Squibb. 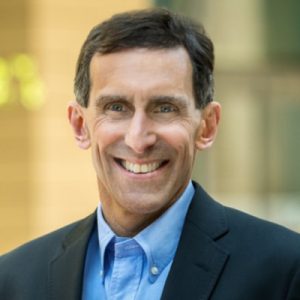 In this conversation, I asked Andy about the past few months of repositioning the company to fight COVID-19, particularly in its area of strength with plasma-derived therapy. Takeda, like so many companies, had to look in the mirror and ask what it had to offer on the global stage against this unprecedented threat.

Takeda, like many large pharma peers, also moved quickly to a Work-From-Home policy in mid-March, put a bunch of clinical trials on pause, and started collaborating in new ways with its peers.

Toward the end, we talk about the racial reckoning that has followed in wake of this pandemic. Andy, as a white male in a powerful position, reflects on some of the privilege that undoubtedly helped him along the way – whether he fully realized it or not along the way. He discusses some obvious things that pharma can do to right some of the wrongs of history.

Andy is paying careful attention to what the protestors are saying. He’s listening. He endorsed a heartfelt editorial from Ramona Sequeira, an executive colleague at Takeda.

Like a lot of people, I’ve despaired about this topic in the past. But I’m hopeful now, at least partly because of the openness I’m seeing among white people to stare injustice in the face, and see it for what it is. And to say it must end.

Now, please join me and Andy Plump on The Long Run.