This is a story about the tension between what we desperately want to believe and what the data suggest we should believe, and — surprise! — this isn’t about the contentious recent approval of the Biogen drug aducanumab for Alzheimer’s Disease.

Rather, it’s about a powerful and important study just published in Health Affairs, examining the outcomes of a workplace wellness program in a randomized clinical trial (RCT). The study was led by Zirui Song of Massachusetts General Hospital and Katherine Baicker, the dean of the Harris School of Public Policy at the University of Chicago.

While corporate wellness programs may harbor a range of ambitions, they are often sold by vendors based on the promise of improving employee performance while making them healthier. Healthier employees, vendors argue, save companies money by avoiding preventable medical expenditures.

It’s an appealing idea – focusing on prevention rather than treatment, “well care” rather than sick care.  Many academics have long championed the promise, while a large industry has developed of wellness vendors aggressively hawking workplace wellness solutions.

The key result: after three years, employees who received a “multicomponent” wellness program (which included modules on nutrition, physical activity, and stress reduction) reported improved health behaviors, such as active weight management. However – and this is the punchline – “no significant differences” were found in:

In short: an epic fail.

As the authors conclude with tart academic understatement:

“To the extent that these results are representative of other wellness programs, they temper expectations of substantial improvements in health outcomes or financial returns on investment from wellness programs up to a three year horizon.”

Others were less circumspect.

“Ding, dong the wellness witch is dead,” he crowed on LinkedIn.

In a somewhat more expansive blog post, he noted that the study had particular credibility because the authors had played a critical role in highlighting the promise of workplace wellness, most famously (Lewis would say infamously) in a 2010 Health Affairs publication, “Workplace Wellness Programs Can Generate Savings,” reporting data from a meta-analysis on the topic.

“Any vendor of so-called ‘pry, poke and prod programs,’ like most recently Virgin Pulse,” Lewis told me, “is lying through their teeth if they claim significant savings, or if they claim any savings at all after fees. Anyone who has read my book or the current series that the Validation Institute posted on outcomes evaluation can easily spot the way they are fabricating their savings.”

So where does this leave employers and wellness?

On the one hand, my own experiences in management consulting more than a decade ago led me to share much of Lewis’s skepticism about many of the industry’s claims. I also thought Lewis was directionally right in his 2012 book, Why Nobody Believes the Numbers, explaining how vendors often torture the data (or worse) to generate their claims around health and financial impact.

At the same time, however, I’m not prepared to toss out the concept of wellness, nor dismiss efforts to enhance well-being.

To the contrary, I’ve been increasingly impressed by the data emerging from positive psychology originating with the pioneering work of University of Pennsylvania professor Martin Seligman. This line of investigation has found increased global expression through a range of academic initiatives aimed at promoting “human flourishing.”

This begs the question: how to reconcile these two views – an emerging evidence base, primarily from the positive psychology literature, suggesting that well-being can be improved, and a growing number of RCTs pointing to the failure of implemented workplace wellness programs to deliver on their consistently overhyped promise.

When I asked Katherine Baicker, the lead author of the new Health Affairs study, about this, she diplomatically responded, “I’m not sure that it’s so easily answered.”

Seligman, posed the same question, told me “The outcome can only be as good as what is taught,” adding that the substance of the wellness intervention in the recent Health Affairs study “Looks like just the content that many groups run as placebo controls. I would have expected little or no gains from these topics.” 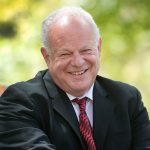 In essence, GIGO (garbage in, garbage out) for behavioral interventions.

In contrast, Seligman pointed to encouraging conclusions from several reviews and meta-analyses, including a particularly robust, 2020 systematic review and meta-analysis by a team at University College, Dublin, examining positive psychology interventions (PPIs).

The Dublin authors reported statistically significant “small to medium” improvement effects on parameters such as well-being, strengths, quality of life, depression, anxiety and stress both immediately following the intervention and after three months. After seven months, however, gains “began to ‘wash out.’”

To be sure, the explicit point of PPIs, and positive psychology in general, isn’t to remediate disease, but rather to help fortify various dimensions of well-being – the PERMA-V model I’ve recently discussed, encompassing positive emotion, engagement, relationships, meaning, achievement, and vitality). Nevertheless, as Harvard’s Trudel-Fitzgerald reviewed in 2019, “psychological well-being is associated with lower disease and mortality risk, and may be enhanced with relatively low-cost interventions.”

Thus, it’s (still) not unreasonable to imagine that a program of select evidence-based wellness interventions could reduce healthcare costs, and improve employee performance. Such benefits, however, are clearly not the inevitable outcome of all wellness initiatives.

Lewis, for his part, is more of a wellness agnostic than a wellness atheist. He certainly isn’t against personal wellness initiatives – just “forced corporate wellness,” telling me, “companies should facilitate personal wellness initiatives and there are many ways to do that.” (One approach, he points out, involves Quizzify, a company he founded that aims to educate employees about health and facilitate improved decision-making.)

I remain enthusiastic about the promise of evidence-based interventions that leverage positive psychology principles, and I am especially hopeful about approaches that include a vitality component involving activity/fitness/movement.

Existing data point to a real, if limited, impact of positive psychology interventions to date. Even so, this established foothold should enable the iterative, incremental innovation that so often drives substantial progress (see here, here, here).

The free market champion in me would much prefer to see employers offer workers the ability to opt in to their choice of promising, personally-resonant well-being programs — or none at all — rather than mandate participation in a single “wellness” offering, touting a level of benefit not supported by rigorous science.

Is Peloton The Future of Workplace Wellness?

If you had to bet on one company in the wellness space right now, you’d have to take a serious look at Peloton (yes, Peloton). In previous TR columns, I’ve discussed both the value of immersive experiences and the appeal of exercise as an on-ramp to wellness. Now, according to fascinating recent article by journalist Courtney Rubin in The Hollywood Reporter, Peloton is implementing something very close to this exact vision.

Founded as stationary bike company for busy cycling enthusiasts who struggled to make it to in-studio classes, Peloton is developing an increasingly broad range of offerings, including strength training, dance cardio and barre.

Classes, delivered by compelling instructors (as I’ve written in TR here, here) are revealed by Rubin to be meticulously developed and often highly scripted. They’re also associated with exceedingly high production value and accompanied by music from top artists. The effort reflects CEO John Foley’s stated ambition to be a “media company,” regarding exercise equipment as “a portal for experiences.”

“The company is also experimenting with ‘how far we can go as a media company,’ says [Peloton’s chief content officer, Jennifer] Cotter — meaning how far beyond straight-up fitness content. This includes videos the company produces for YouTube and Instagram, such as a nearly seven-minute one about [pregnant instructor Robin] Arzón’s prenatal journey. Explains Cotter, ‘The idea that we’re pivoting from great fitness classes to, well, are we the Netflix of wellness? Can we tell stories outside of class? I mean, those things are happening now, and they’ll be a part of our future.’”

Would providing employees with access to Peloton equipment and programming actually save companies money, through reduced health expenditures and more productive workers? I’m highly skeptical. But Peloton, particularly given the direction it’s evolving, could well represent a powerful tool to help individuals who are drawn to it (and can afford it) flourish in the Seligman sense, and live better lives. The promise is palpable.