A comprehensive 2018 review of the scientific literature commissioned by the Department of Health and Human Services reported that physical activity not only helps you “sleep better, feel better, and function better,” but also “reduces the risk of a large number of diseases and conditions,” including dementia, hypertension, diabetes, and a range of cancers.

The report specifically highlights the benefits to individuals who “perform no or little moderate-to-vigorous physical activity.”

This again leads us back to the opportunity of digital fitness, technology platforms like Peloton that seem incredibly good at engaging and motivating users – but generally users who already are at least “exercise-curious,” and often trying to decide between one form of exercise and another.

But how do you motivate exercise in the first place?

I had the chance this week to pose this question directly to executives from three leading digital fitness companies, at a Wharton digital fitness panel moderated by legendary Wharton marketing professor (and self-described fitness enthusiast) Americus Reed. You can watch a recording here.

The companies represented were Nike (in the context of their digital platforms like the popular Nike running club app), Tonal (the digital strength training company that just this week announced a $250M series E raise, at an associated valuation of $1.6B), and WHOOP (the physiological parameter monitoring company used by many elite athletes; Lisa Suennen and I interviewed the founder, Will Ahmed, on Tech Tonics in 2016, here.

The question I submitted, and posed by Reed to the group, was, as I recently discussed, how these platforms think about reaching beyond the already-athletic, to speak to “future former couch potatoes.”

Chris Stadler, head of marketing at Tonal, frames the opportunity this way: “76% of Americans,” he says, “believe strength training is important,” yet most don’t do it.

“Most of them,” Stadler continues, “are either intimidated to go to the gym or don’t have the equipment or knowledge to strength train at home. [The traditional equipment required is] big and bulky.” By enabling strength training from the privacy and comfort of home, and using equipment that occupies a much smaller footprint, he believes Tonal can serve this unmet need.

This seems logical, though I imagine it’s one thing for survey respondents to passively agree with a statement asserting “strength training is important” and quite another for that same person to feel sufficiently motivated to consider it for themselves.

This information provides “the keys to the kingdom,” Holmes said, adding, “To the extent that you can understand how your body’s adapting, you increase longevity, you stave off disease, you have higher level of cognitive functioning, physical functioning….”

Fundamentally, Holmes argues, “this isn’t just about athletic performance. This is about owning your health. That is 100 percent what this is about. And every human is responsible for owning their health.”

The hope of improving performance through rich personal data sounds a lot like what drove many “quantified selfers” to embrace wearables a decade ago; yet many (such as, famously, Wired editor Chris Anderson) were disappointed by the lack of utility and value.

As reviewers of WHOOP such as Mashable’s Tim Marcin point out, there may be too much data for the casual user, leading to what he described as “information overload.” Others have cautioned about confusing information with insight, and worry the platform over-extrapolates from the data it collects, leading to oversimplified conclusions and recommendations.

In short, while WHOOP may highlight the benefit outside of sports to general users, it’s not immediately clear that the casual user, and particularly the sedentary user, would gravitate to, benefit from, or enjoy this powerful data collection and analysis platform.

In Reed’s framing of the original question, there are three segments to consider: “super hardcore athletes,” “people that are interested in wellness,” and “a group of people who are even before the interest in wellness.”

This third group, in principle, could benefit the most from activity, and it wasn’t yet clear to me how the emerging technology platforms were speaking to them.

Then there was Nike.

At first, I had considered it charmingly old school to include a speaker — Vikas Mehta, the CFO of Nike’s $15B direct to consumer business — from this (relatively) venerable shoe company. 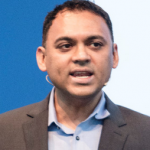 But as he spoke, I was reminded that this popular consumer brand, famous for encouraging us to “just do it,” clearly knows a thing or two about how to attract and bring into the fold even the most sedentary among us.

According to Mehta, Nike is especially focused on targeting three important population segments: kids, women, and the underserved.

Kids, he pointed out, have been moving less and less since the pandemic began. It’s also in childhood where life-long interest in and attitudes towards activity may be first formed. The Nike apps offer specific programs for parent/son and parent/daughter dyads, to encourage intergenerational participation.

Mehta also seemed concerned about ensuring women remain engaged in athletics, engagement Nike seeks to sustain and promote with its app. Mehta was particularly pleased to report that during the pandemic, more women than men reported completing runs on the Nike App.

Finally, Mehta emphasized the importance of engagement with underserved communities, and the need to create “resources and opportunities where we can see a higher involvement.”

While reflecting on what was said, I was reminded of the same dialog we hear about digital in the context of biopharma.

Digital technology offers tremendous potential to transform the industry, but who will drive the change? Will it be digitally-native upstarts, who really understand their technology, and hope to find a focused, useful application, or will it be the incumbent behemoths, who have extensive experience in drug development, and are trying to figure out how to adapt to and embrace the new, less familiar digital technologies.

It’s difficult — especially as someone already excited about fitness — not to be intrigued by the sexy, tech-enabled, still somewhat niche offerings of WHOOP and Tonal, but from a population health perspective, you can’t help but think companies like Nike and Apple may be onto something.

I’m especially intrigued and excited by the promise of pilot efforts like Time To Walk, offered by Apple Fitness+. I can easily envision this deliberately constructed audio walk accompaniment expanding into an important “fitness media” category of its own, including video (including VR) as well as audio; this has exceptional promise for sustained consumer engagement.

Finally, it’s interesting to think how companies might encourage consumers to progressively ramp up their participation and engagement. Peloton provides a particularly informative example of how this might work. While of course best known for their expensive stationary bikes (and associated, engaging classes), they have expanded not only to include other expensive exercise machines like their treadmill, but, significantly, to welcome consumers who may not own any exercise equipment.

Peloton bike owners need to fork over about $39 a month to subscribe to classes, but anyone can subscribe to the Peloton app for $13/month. This app, like its competitor, the Apple Fitness+ app, offers a range of exercises for all levels of users. Moreover, to get the most out of the Apple app, you need an Apple Watch; Peloton, one imagines, hopes to use the standalone app to draw users in, then collect the big money later on, when the customers are engaged, motivated, and ready to upgrade.

As captured so vividly by Reed’s palpable excitement, this is a remarkably exciting moment for digital fitness – and perhaps, ultimately, for population health. The sheer volume of chronic disease – heart disease, diabetes, depression and more – shows us the value in even a little bit of prevention that could come from improved physical fitness.