Other times, the right thing for human health can also be a shrewd business move.

That was the intriguing result of a study on the returns sponsors can expect from decentralized trials. The study relied on data from Medable and the Tufts Center for the Study of Drug Development. Results were presented this week at the Drug Information Association meeting, and are being prepared for a peer-reviewed paper.

The early results are eye-opening.

Companies that incorporated decentralized trial technology into their protocols – things like eConsent, remote monitoring, local labs, wearables and telemedicine visits to reduce in-person trips to the clinical site – saw a 5-fold return on investment in Phase II trials, and a 13-fold return in Phase III trials.

Biotech companies ought to take notice. That’s real money. Learning how to incorporate the new tools into clinical development also promises to make it easier for patients to enroll in clinical trials, for underrepresented diverse populations to get engaged, and to ultimately make medicines more accessible for the people who need them. 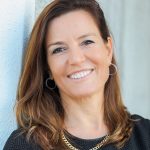 “We need a lot more hard, systematically researched metrics on what decentralized trial technologies do for clinical trials,” said Pam Tenaerts, chief scientific officer of Medable. “A lot of methods we use in clinical trials hardly have evidence at all on whether they work or not. If people are going to spend money on something there has to be a reason… we can see it’s not only the right thing to do for patients, it’s a good business thing to do.”

With this analysis, researchers wanted to know from an expected Net Present Valuation perspective whether the technologies are worth adopting.

The pandemic provided a forcing function. Many companies saw their trials go on hold in early 2020, and had to get serious about learning to use the new tools if they wanted to stay on budget and schedule.

The data do have some caveats. There was a small sample size, with data compiled from 54 companies using decentralized trial technologies from 2020-2022. A larger dataset, with more time for follow-up, could shed light on more nuanced questions such as which decentralized technologies provide better returns than others, Tenaerts said. It would be good to know whether a certain technology is more useful for oncology, or neurology or some other indication, she added.

Getting the data is a good first step. Seeing these technologies pay off in the real world is encouraging.

We know the problem well. Way too many people find it too difficult to enroll in trials. It takes too long. It costs too much. It filters out many low-income people and people of color who can’t take a whole day off of work for repeated clinical visits three hours from home.

Many of us have become numb to these barriers to participation. We accept them as business as usual. This status quo is like sand in the gears of biomedical progress. It slows the whole machine down, and corrodes the enterprise. We often don’t get results from clinical trials that are representative of what we can expect in the real world.

The biotech community is capable of amazing leaps ahead when pressed into action. The community can pool more data to get better answers on best practices to make clinical trials more accurate, more representative, and more easily accessible to everyone. It would be a great way to help people see we’re living in the biotech century, and everyone stands to gain.

TR has long advocated for much bigger investment in basic biomedical research, as a catalyst for biotech industry development, regional economic development, and national competitive advantage. Investing in basic research is one of the best things the federal government can do, as we saw with far-sighted US government bets on the Human Genome Project, the Internet, GPS and many more foundations of knowledge that industry was able build upon. That’s why I was excited to see the US House of Representatives vote overwhelmingly to embrace this vision of what government can do at its best to advance health and economic development.

The House voted 336-85 in favor of a bill (HR 5585) to create the Advanced Research Projects Agency-Health (ARPA-H). It’s modeled after the Defense Advanced Research Projects Agency (DARPA), which invests in bold, futuristic research ideas, rather than the more incremental approaches that require some data already, and are often favored by the more traditionally conservative study sections at the National Institutes of Health. Reps. Diana DeGette (D-Colo.) and Rep. Fred Upton (R-Mich.) worked together to champion this bill, much like they did the 21st Century Cures Act. Side note: the legislation overwhelmingly passed the House without the presence of Eric Lander, the president’s former science advisor who championed the creation of this daring new agency, but who had to resign amid reports of toxic, bullying office behavior.

Boston-based Carbon Biosciences raised $38 million in a Series A financing led by Agent Capital. The company, founded by Longwood Fund, is working on parvovirus-based delivery for gene therapies. The hope is that it will enable larger genetic payloads to be delivered to targets.

Burnaby, British Columbia-based Xenon Pharmaceuticals raised $250 million in a public offering at $30.50 a share. Earlier in the week, it released subgroup analysis from a Phase II trial for an anti-seizure drug candidate.

Moderna reported some more encouraging news for its bivalent COVID vaccine candidate that’s designed to stimulate the immune system against the original SARS-2 virus and the Omicron variant. The bivalent vaccine boosted neutralizing antibody concentrations by 5-fold against the BA.4 and BA.5 subvariants now spreading and causing re-infections. Moderna CEO Stephane Bancel said the company plans to start supplying the bivalent vaccine in August, to give people the opportunity to get a booster vaccine before the anticipated surge in cases likely to come this fall. See data published June 22 in the New England Journal of Medicine on the Omicron subvariants.

Cambridge, Mass.-based Scholar Rock reported 24-month follow-up data for patients in a Phase II study of its drug candidate apitegromab for type 2 and 3 spinal muscular atrophy. Researchers reported sustained improvement in motor function for patients who can’t walk, and that results were a bit better at 24 months than at 12 months. Based on the Phase II results, CEO Nagesh Mahanthappa said Scholar Rock is “urgently enrolling” patients in an ongoing Phase III trial.

Carlsbad, Calif.-based Ionis Pharmaceuticals and its partner, AstraZeneca, reported on positive interim results from a Phase III study of eplontersen for patients with hereditary tranthyretin-mediated amyloidosis with polyneuropathy. The drug is an antisense medicine, given by an autoinjector, and which is designed to inhibit production of the TTR protein at the root of the disease. Researchers said the drug reduced the amount of TTR in the bloodstream, and met its goal on a neuropathy clinical measurement. Ionis and AZ plan to submit the data to regulators. The drug will be a competitor to Alnylam’s subcutaneous RNAi medicine, vitrusiran (Amvuttra). The Alnylam drug was approved by the FDA 10 days ago.

Mark Cuban’s Cost Plus Drug Company could save Medicare about $3.6 billion in one year with the discounted prices it obtained for 109 generic medicines through this February, according to researchers writing in the Annals of Internal Medicine. Since this involved a reality-TV show billionaire who’s a household name, it generated a lot of free media publicity for the Cuban Cost Plus Drug Company. There’s nothing wrong with negotiating for discounts on generic medicines, cutting out the middlemen, and making it simple and easy for people to purchase their meds at the lowest price. But I get a sinking feeling when reading articles like this in the WSJ that make Cuban look like a hero riding to the rescue of US healthcare, standing up for the little guy against those greedy monsters in the pharmaceutical industry. We should beware of billionaires who say they come to us bearing gifts for the masses, but may have something else in mind altogether. Like a Presidential campaign.

I’d feel better if this “Cost Plus Company” was run by talented operators behind the scenes, not a celebrity frontman. See my previous coverage (Frontpoints, Jan. 2022).

Newark, Calif.-based Ultima Genomics, the well-financed startup aspiring to sequence whole genomes for as little as $100, said it formed a long-term supply agreement with Madison, Wis.-based Exact Sciences. Exact, the maker of the noninvasive Cologuard screening test for colorectal cancer, agreed to invest in Ultima, and become an early-access customer for its next-gen sequencing technology. Driving down the costs of sequencing is especially important for high-volume clinical applications like cancer screening, minimal residual disease assessment, and recurrence monitoring, Exact CEO Kevin Conroy said in a statement.

Pfizer agreed to invest $95 million in France-based Valneva, and alter a few terms of its 2020 license agreement, to support the development of a vaccine for Lyme disease. Pfizer plans to start a Phase III trial of VLA15, a protein subunit vaccine candidate, in the third quarter of 2022.

Durham, NC-based Precision Biosciences secured $75 million upfront through a deal with Novartis, in which the big company will get access to its technology to enable in vivo gene editing for the treatment of beta-thalassemia and sickle cell disease. Precision quickly followed up the partnership news with a $50 million stock offering at $1.39 a share.

Boston-based Radius Health agreed to be acquired by Gurnet Point Capital and Patient Square Capital in a deal valued at about $890 million. The company’s lead drug is for reducing the risk of fractures in postmenopausal women with osteoporosis.

Waltham, Mass.-based Morphic Therapeutic, the developer of small molecule drugs against integrin targets, said that AbbVie walked away from a collaboration that began in 2018.

The FDA ordered Juul Labs to pull its e-cigarette products off the US market. The products have long been marketed to teens. It’s a rare and tough public health enforcement action on the part of the FDA under Commissioner Robert Califf. (FDA statement).

Novartis secured FDA clearance to sell the combo of dabrafenib and trametinib (Tafinlar + Mekinist) for adult and pediatric patients with BRAF V600E mutations, regardless of the tumor’s tissue of origin. See Novartis R&D chief Jay Bradner’s comment on how cancer is moving to targeted therapies based on precision molecular definitions such as this.

President Biden nominated Arati Prabhakar to be his science advisor. She’s an engineer and physicist by training who previously led DARPA in the Obama Administration. Her Cabinet-level position requires Senate confirmation. 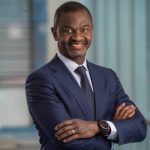 Baltimore-based Delfi Diagnostics added Jacob van Naarden to its board of directors. He’s a senior vice president at Eli Lilly and CEO of Loxo@Lilly.

Cambridge, UK and New York-based Artios, the developer of small molecules aimed at DNA damage response, added Samantha Truex to its board of directors. She’s the CEO of Upstream Bio.

Cambridge, Mass.-based Oncorus, a viral immunotherapy company focused on cancer, added Doug Fambrough, former CEO of Dicerna Pharmaceuticals, to its board of directors.

San Diego-based Iconovir, an oncolytic virus therapy developer, added William Kaelin to its board of directors. He’s a scientist at Dana-Farber Cancer Institute and a Nobel Laureate.

Regeneron Pharmaceuticals broke ground on a $1.8 billion expansion of its campus in Tarrytown, New York. Gov. Kathy Hochul said in a statement the company has pledged to create 1,000 jobs at the facility over the next five years.

Takeda Pharmaceuticals signed a 15-year lease in Cambridge, Mass. on 600,000 square feet in R&D and office space. The facility is at 585 Third Street, walking distance from major research universities, startups, venture capital, mid-to-large companies, and more skilled consultants and service providers than you can shake a stick at, as my grandmother used to say.