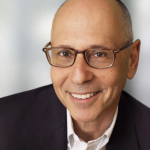 More than 14,000 people attended the annual #BIO22 meeting in San Diego, meaning there are at least 14,000 versions of what happened. But unless you have the emotional intelligence of a rock, you felt the unease, if not outright panic, of an industry with a fast-evaporating cash runway.

No one really knows what to do about it. If they say they do, they’re lying.

The biotechnology industry depends on two major financing sources: investors and acquirers. The former, in general, invest in companies they hope will sooner or later be acquired; the latter in companies that create medicines of significant medical and commercial value.

One problem: whereas acquirers were willing to pay significant premiums for drugs which had proven their value in clinical trials, the acquirers apparently now want their targets to do more to prove commercial value too, often by launching and selling their drugs.

It’s a recent change. A good example: the difference between Novartis in 2019 being willing to pay $9.7 billion for The Medicines Co. and its almost-approved PCSK9 inhibitor inclisiran (now marketed as Leqvio) and Pfizer, two years later, paying $11.6 billion for BioHaven only after it had successfully launched the migraine medicine rimegepant (Nurtec). It’s why, I increasingly believe, we see more biotechs launching, or about to launch, their own drugs.

The implication for investors: they’ll have to wait longer for most of their exits; capital costs will increase; returns in too many cases will decrease. The implication for biotech C-suites: they’ll now have to get smart about something most really haven’t had to worry much about — actually selling drugs.

Earlier stage companies will need to show investors they recognize the hurdles in front of them, commercially speaking. They’ll need to show they have a sophisticated understanding of payer strategies, distribution, pricing and contracting analogs, and patient support services. Moreover, they will need to be able to crisply articulate why they will succeed in a market chockablock with competitors, whether that competition is direct or for overall budget dollars.

Later-stage companies will need management who have successfully brought products to market – and actually want to do it again. Those people aren’t common and they’re not cheap. And both early- and late-stage companies will need board members who have an intimate and contemporary — not decades-old — understanding of the commercial and reimbursement challenges products face today.

A few CEOs we met at BIO think they just need to sit tight. Trim their costs, sure – but no need to re-set the goalposts. The investment cycle, as it has before, will roll on, they believe, and valuations will rise to pre-crash levels. They may be right about valuations — though that’s not a bet I’d be willing to stake my company on. And it doesn’t mean that the valuation endpoints will be the same.

We firmly believe that the biotech industry has delivered – and will continue to deliver – extraordinary value to both society and investors. The science continues to astound. But the valuation markers have moved. While clinical and regulatory proof is still a must-have, there’s now a second hurdle: quarterly sales.

The question is how quickly, and how well, biotechs can prepare themselves to meet that challenge. 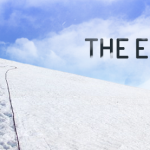 BIO Loves Newt: A Backdoor Into a Trump Administration?