Today’s guest on The Long Run podcast is Ankit Mahadevia.

Mahadevia is the CEO of Cambridge, Mass.-based Spero Therapeutics. It’s an antibiotic developer. Specifically, it’s focused on new strategies for fighting gram-negative bacterial infections that are increasingly resistant to our existing set of antibiotics. 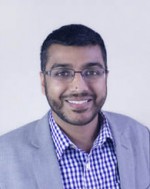 Despite persistent warnings from global health authorities about the rise of multi-drug resistant bugs, and the need for new antibiotics to fight them, most major pharma companies have a limited appetite for this area of R&D, or have bailed out. There hasn’t been much money to make.

Mahadevia started thinking differently about the future of antibiotics a few years ago as an entrepreneur in residence at Atlas Venture. The team there came upon some research from Finland into a set of potentiator molecules, which they thought could create an opening on the surface of gram-negative bacteria. This is a pretty clever idea. Essentially, the thought is that these potentiators should allow many of our existing gram-positive directed antibiotics to get inside these hardy bugs and kill them. The science created enough of an opportunity for Spero to raise significant venture capital. I first wrote about the company when it raised its Series A venture capital round in June 2015. The company went public last November.

On this show, Mahadevia talks about a whole set of varied career experiences that led him to this moment in antibiotic R&D, along with some creative ideas being floated now to create new incentives to revitalize this important field. Anyone interested in creative thinking about staving off the post-antibiotic world will find this to be an interesting listen.

Now, join me and Ankit Mahadevia for The Long Run.