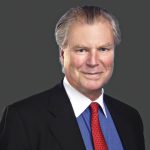 Generic medicines aren’t glamorous. But they are a linchpin of healthcare in the United States, representing nearly 90% of all prescriptions filled.

Where do these vital medicines come from? The vast majority of the active pharmaceutical ingredients (APIs) for those drugs are manufactured in China and India. Indeed, about 90% of the manufacturing plants making API’s are outside the United States; China and India each have approximately 40% market share, according to the National Review of Economic Research.

You can see where I’m going. We live in an interconnected world. The coronavirus pandemic has done more than anything in recent history to remind us of that.

Clearly the pandemic disrupted the supply of raw materials and intermediates from China, when the attempts to contain and suppress the SARS-CoV-2 virus got serious in January. Now we see that India — the second-most populous country in the world with almost 1.4 billion people — is experiencing the ravages of the virus.

What will the outbreak in India mean to supplies of crucial generic medicines to the US and rest of the world?

The Times of India newspaper has reported that the lockdown across the country, put in place to curb the spread of COVID-19, is cutting off supplies of drugs and medical devices to Indian hospitals. This has happened already, despite the fact these manufacturers have been exempted from government restrictions.

Inevitably, restrictions on the movement of goods will not only disrupt domestic supply but also the supply to overseas markets like the United States. The situation is further complicated by the fact that many Indian manufacturers source raw materials and intermediates from China and those supplies are potentially compromised. In mid-February, the Indian Pharmaceutical Alliance said access to pharmaceutical raw materials from China was “grim.”

Most countries look after their own first. India is no exception. In early March, the government of India restricted the export of nearly 30 specified APIs and formulations made from those APIs “with immediate effect.” Currently, most of the drugs being retained strictly for India’s domestic use are antibiotics.

If this situation were to continue for an extended period, it could turn into a serious drug shortage. The United States shut down its last domestic antibiotic manufacturing plant in 2004. There aren’t a lot of other places to turn, besides China and India, for those who need to import antibiotics.

Hydroxychloroquine has been widely publicized as a possible treatment of COVID-19, although it has not passed randomized studies and is not FDA-approved for that use. Still, as governments from around the world seek to place orders for this medicine, the Indian Directorate General of Foreign Trade responded by swiftly placing restrictions on the export of hydroxychloroquine from India.

Clearly, there will be shortages in the supply of certain generic drugs to the United States. Inventory in both Indian supply chains, and in the United States, plus the Strategic National Stockpile in the US, should cushion this situation, at least for a while.

Even if India can escape the worst of the outbreak, its manufacturers will struggle to keep up with worldwide demand for medicines. Not only will they encounter shortages of raw materials for making medicines, but there could also be shortages of coal, fuel and solvents. Productivity will drop in the manufacturing plants because of the necessity to maintain social distancing. That translates into sub-optimal staffing configurations, as well as an inherent drop in worker productivity caused by anxiety from the pandemic. A certain percentage of the workforce is also likely to be out sick, perhaps for weeks.

At the same time, Indian drug manufacturers face rising costs of doing business. Marine shipment rates have gone up. Not as much as air freight, which has doubled or more.

Many of the Indian generic manufacturers have been improving their manufacturing plants, processes and people in recent years, but some companies cannot export to the United States until they comply with Food and Drug Administration standards. Last year, FDA inspectors conducted over 3,000 overseas inspections. The FDA has now stopped routine inspections of food, drugs and medical devices overseas at least through April and likely beyond.

In such a fluid and complex situation, it is hard to predict the degree and duration of drug shortages. But shortages there will be.

Bruce Carter is the former CEO of ZymoGenetics and former chief scientific officer of Novo Nordisk. He’s also a member of the board of directors at Dr. Reddy’s Laboratories.