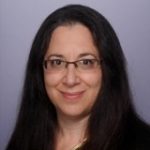 Public health is not sexy. Vaccines haven’t been a good business investment.

But what has become abundantly clear is that infectious disease preparedness can have a greater impact on morbidity and mortality than all the sexy innovative therapies combined.

We are looking down the barrel of a gun. We are about to get blown away by a pandemic as the virus spreads through our country unseen and hospitals brace themselves for an onslaught of cases for which they are woefully unprepared.

How did we get here?

Could this situation have been avoided?

According to the President of the United States, “This blindsided the world.”

As I write this, I have been listening to the latest Task Force press conference and just heard President Trump say, “no one in their wildest dreams would have imagined that we would need tens of thousands of ventilators.”

Unfortunately, that is false.

The Disastrous Response of the Federal Government

We are far enough into the current crisis that we have started seeing timelines related to the Trump Administration’s response – mostly timelines of the President’s misleading reassurance and false comments. However, the timeline really needs to start before the Trump inauguration – when the Obama administration gave the incoming team a walk-through of their planning scenarios for a worldwide pandemic.

Not only did the new administration fail to take this warning seriously, but they proceeded to dismantle key elements of the government’s preparedness infrastructure. The CDC and NIH have suffered from budget cuts, and the global health security team at the highest level of government – the National Security Council – was disbanded.

The New York Times, and others, have reported that CDC director Robert Redfield alerted his boss, US Health and Human Services Secretary Alex Azar, of the coronavirus threat on January 3, 2020. Azar quickly recognized the seriousness of the situation, and elevated the issue in the West Wing, according to the NYT. But the series of actions that followed – particularly the diagnostic testing debacle — have left the country dangerously vulnerable.

The following timeline ties together government actions with the growing pandemic threat of COVID-19.

The most important shortcomings in the response are the lack of anticipation of a pandemic and the lack of a preparedness plan.

Ironically, this lack of preparedness was identified by the Department of Health and Human Services. From January through August of 2019, the department conducted exercises to simulate a government response to a pandemic in a scenario called “Crimson Contagion”. The exercises laid bare a lack of preparation and coordination, as well as confusion about who was in charge and what stockpiles of critical equipment existed.

These failings were compounded by:

It is illuminating to consider another pandemic and how the prior administration handled it. It is tragic that the current administration chose not to use this example as a roadmap for its own response.

At the time of the first case of H1N1 virus in 2009 (mistakenly called the swine flu – transmission did not involve pigs), the Obama Administration had a full-fledged pandemic response plan that mapped out government response activities at the international, federal, state and local levels.

As a result, the CDC began research to support vaccine development within a week of the first US case when only 2 US cases had been identified. The day that the US Secretary of Health and Human Services declared a Public Health Emergency, the CDC started shipping 25% of its stockpile of personal protective equipment, masks and ventilators to the states. The CDC began shipping test kits within 2 weeks of the initial case of H1N1. Within little more than a month, 40 states had validated and began operating their own H1N1 testing.

The full history of the US response to H1N1 is available on the CDC website.

Learning from the COVID-19 Pandemic

It is likely that the COVID-19 pandemic is going to cause suffering and death on a worldwide scale that we can’t even imagine.

If there is any silver lining to take from this disaster it is that we have been shocked out of our complacency when it comes to pandemic preparedness. There is also a growing national appreciation for the importance of a strong federal infrastructure that can plan for and rapidly respond to such crises.

Leora Schiff is the Principal of Altius Strategy Consulting. She can be contacted at lschiff@altiusstrategy.com.