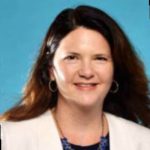 In the classical Chinese story “Journey to the West,” a mythological Monkey King has supernatural powers to see through the facades of demons with his Fire Eye or “Huo-Yan.”

As people around the world suffer and die from the invisible, rampaging SARS-CoV-2 virus, we can only imagine having a superpower like that of the Monkey King, to see the disguised threats that lurk ahead.

In late January, when most of us in the US were still living our lives normally, the virus now known as SARS-CoV-2 was raging through Wuhan, China.

I’ve had an opportunity to see the story unfold across the world from a unique vantage point. I live in Seattle, and work for BGI Group, a genomics company based in Shenzhen. I’m fluent in Mandarin, and am a former business reporter for the San Jose Mercury News and The Seattle Times (where I was a colleague with Luke). My job with BGI the last few years has made me spend a lot of time in China, and in building bridges between people there and here in the US.

I have been in close contact with colleagues working intensely to do their best in the fight. A group of volunteers from BGI boarded a train for Wuhan, a 5-6 hour trip north, on Jan. 25. It was the first day of Chinese New Year, normally a festive time. I followed their progress from the comfort of my home in Seattle, thinking how lucky I was to live in a beautiful city far away from the epicenter.

I remember their expressions in the photo taken as they walked out of the deserted train station in Wuhan, carrying a look of determination but not a lot of baggage. 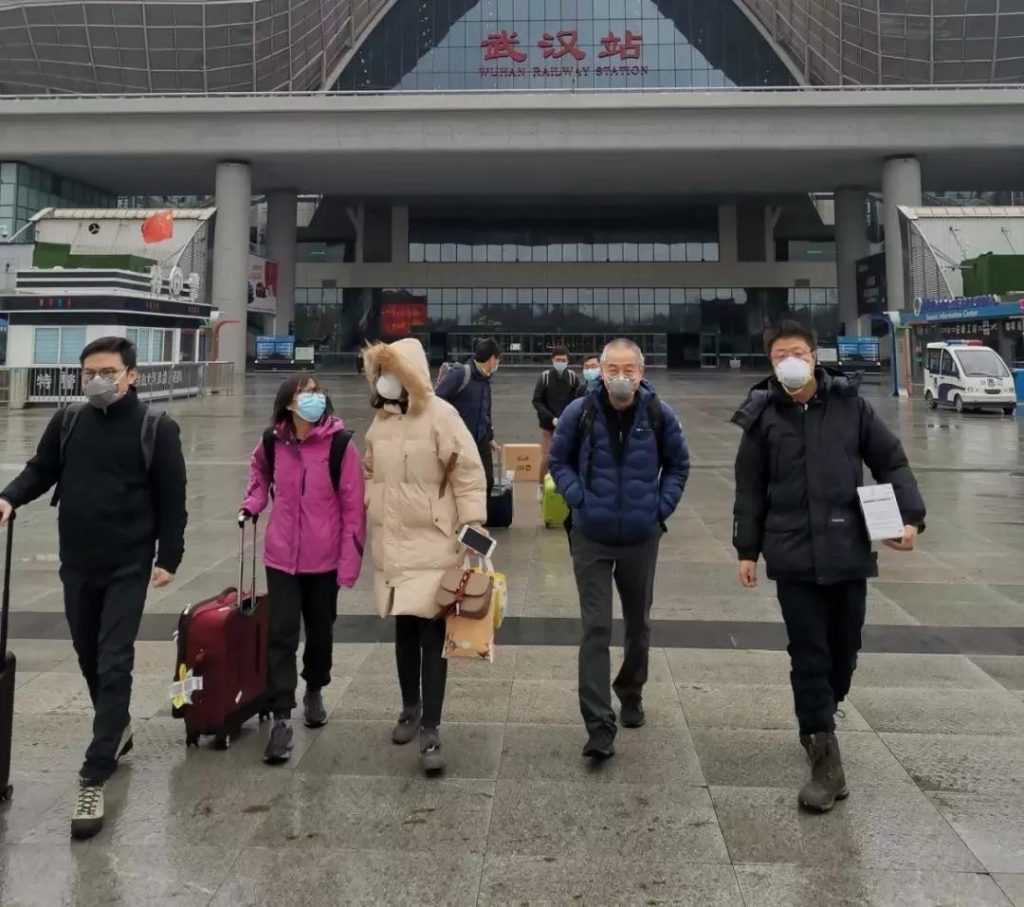 A group of BGI employees leaving the train station in Wuhan

BGI had been through this kind of thing before. In 2003, when the first SARS coronavirus hit Southern China, BGI decoded the genome of the SARS virus and developed a detection kit in less than a week. BGI responded to other global health crises that followed, including the deadly Ebola outbreak in 2014 in West Africa. BGI quickly set up a front-line laboratory in Sierra Leone and helped to develop virus detection kits.

DNA sequencing technology has gotten much faster and cheaper in recent years. In the current COVID-19 crisis, BGI was among the first companies to identify the virus as a novel coronavirus. High-throughput sequencing methods enable researchers to sequence all pathogens in a sample to confirm sources of unexplained illness and detect novel pathogens by analyzing unknown genomes.

With the discovery of what scientists now call the SARS-CoV-2 virus, BGI developed one of the first RT-PCR test kits, targeting a highly specific region of the SARS-CoV-2 genome. The test received approval from China’s regulatory agency Jan. 26, followed by the CE-IVD mark from European regulators on Mar. 2.

Yet even with this test and others, a critical bottleneck began to emerge in China. Hospitals and labs capable of clinical infectious disease testing were limited in number and capacity to handle the large volumes needed as the epidemic spread through the population.

As data became available on the virus’s highly contagious nature, BGI Co-founder and Chairman Wang Jian, a scientist-entrepreneur who started out as a research fellow at the University of Washington, could see that a more ambitious solution was needed.

He personally led the BGI team into the epicenter of the outbreak in Wuhan in late January. There, the team set up an emergency response center to handle logistics and ramp up production of test kits, with an immediate donation of 20,000 tests.

They then began an intense drive over the next week to erect a new automated Biosafety Level-2 PCR testing laboratory capable of performing 10,000 tests daily. They worked with the city government, a local engineering company, a laboratory equipment provider and a handful of donors. On Jan. 29, the site was surveyed, the next day design was completed, and a day later construction began. In an all-out push, the main laboratory was completed in just five days.

The BGI team’s time on the front lines in Wuhan didn’t end there. They stayed for more than two months and continued to manage the increasing volume of tests needed now, not just in Wuhan but throughout the country. By late March, BGI had produced about 5 million COVID-19 tests, donated 140,000 test kits, tested more than 500,000 people in its own labs, and distributed the tests to more 50 countries and regions around the world. The “Fire Eye” model has been replicated in 13 other major cities across the country.

Could it work here, now that the outbreak appears to be subsiding in China, and escalating in the US?

We are doing everything we can now on that front.

On Mar. 27, BGI Genomics received the U.S. Food and Drug Administration (FDA) Emergency Use Authorization (EUA) for its Real-Time Fluorescent RT-PCR Kit for Detecting SARS-2019-nCoV. The highly sensitive test, which can return results within 3 hours, is the first FDA-approved product of its kind manufactured in China and BGI’s first FDA-approved medical device.

Other diagnostic companies – Abbott Laboratories, Roche, Quest, LabCorp and Thermo Fisher Scientific among them – are also stepping up to the challenge.

We are hearing similar stories. The week before BGI secured the FDA Emergency Use Authorization, Nathaniel Hagedorn, CEO of NorthPoint Development in Kansas City, was worried about four employees who were suffering from symptoms of the coronavirus. They couldn’t get tested quickly.

Realizing that what he was seeing was probably an early sign of a regional outbreak, Hagedorn worked with fellow local business leaders Andy Deister, CEO of Russell Stover Chocolates; Dave Cummings, CEO of Tradebot; Taimoor Nana, CEO of MTAR; and Tyler Nottberg, CEO of US Engineering. They formed a plan to rapidly scale up test kits in Kansas City.

They initially researched what China and South Korea had successfully done to create much wider testing availability, searched for the companies that provided tests kits, and reached out to BGI.

The group also found local donors to purchase 50,000 test kits and engaged The University of Kansas Health System, one of the Kansas City region’s leading healthcare institutions and the only academic medical center.

Working around the clock with the Kansas City leaders, BGI was able to deliver the first equipment and test kits on Mar. 22 and secure shipments of automated equipment and other supplies for delivery this week.

Kansas City joins a growing number of communities around the world that are working with BGI to build labs in the Fire Eye model, including in the UAE, Sweden, Israel and other countries.

Three months in, our lives are completely upended.

We now see how the health system infrastructure in many countries — and the ability to respond to a rapidly growing outbreak — has been completely inadequate. But with experience forged in flames like the Fire Eye, we also see we have the power to rise to this challenge in new ways.

Humans have a deep reserve of ingenuity and compassion. This is a time when radical innovations from anywhere in the world and people who are willing to contribute whatever they can to help others are needed more than ever.

No matter where we are, said BGI’s Wang Jian, “we share one future and have the same goal today – to beat the disease.”

Kristi Heim is director of international communications at BGI Group.