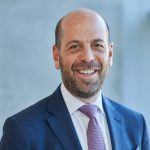 Much attention in this pandemic has been focused on life sciences – the companies developing new therapies, vaccines, and diagnostics.

But insurers have also begun to play a role. All of the top private payers — UnitedHealthcare, Cigna, Aetna, Anthem, and Humana — have expanded access to, and cut patient costs of, telehealth services; eliminated patient cost-sharing for COVID-19-related diagnosis and treatment; and waived or at least increased refill limits on prescriptions.

All these things cost insurers money that they’re probably not going to recoup from their employer clients or from the government. They will have to absorb the financial hit themselves, at least temporarily. Pharmacy benefit managers (PBMs) are allowing people to make early refills and take greater advantage of mail-order delivery of 90-day supplies of prescriptions (though in contrast to payers, they could actually make money on the changes since mail-order and 90-day scrips can be more profitable for them).

Like everyone else in the industry, insurers recognize the immediate need to stop the spread of this virus, to test for it, and to treat the illness. This is in everyone’s shared interest. They can see their members could use the help. When many beneficiaries are losing their jobs, they don’t have the money to spend on healthcare, including testing for and treating COVID-19.

But if the insurers’ actions are the obvious things to do in a crisis – even a moral imperative – they also raise a larger point: if cost-sharing prevents patients from doing what’s medically right in a crisis, does it also harm them in normal times – for equally serious conditions?

A bit of background: as medical costs have risen, insurance premiums have risen as well. And to try to hold down the rising costs, payers and their employer-clients have seized on the idea of making patients themselves responsible for paying bigger portions of the bills. The more patients pay, the less payers and employers have to. And patients have certainly been paying. Between 2015-2020, their out-of-pocket health spending has increased from $338 billion to $424 billion. Before the pandemic, out-of-pocket health spending was expected to rise to $542 billion by 2025. (Source: CMS National Health Expenditure Accounts Data: IQVIA Formulary Impact Analyzer).

There’s some good economic reasoning to the trend – for the payers. Copays steer patients to the drugs that plans and PBMs prefer – drugs that work pretty well for most and are usually cheaper for the plan. And if, the logic goes, patients share in the costs, they should make cost-effective decisions about their treatment. That’s nominally why payers have used copay accumulators, a tool payers use to exclude pharma’s copay assistance from counting towards a patient’s deductible; and it’s certainly a side-benefit of the increasingly complex benefit plans that can confuse patients about coverage.

Whether copays do in fact drive better patient decision-making is an open question. First, patients need to have the right information to make those decisions (a topic for another day but suffice it for now to say: they don’t). And second, the costs shouldn’t deter patients from getting the healthcare they need – that is, they shouldn’t prompt the wrong decisions. But they do: Higher cost-sharing leads to greater script abandonment. Once patient out-of-pocket costs hit the $50 mark, new patient abandonment rates start exceeding 30%. More than 50% of new patients quit filling their prescriptions once their personal cost share exceeds $125. (Source: IQVIA Formulary Script Analyzer)

Insurers’ response to COVID-19 shows they clearly understand this point. They don’t want patients avoiding testing or treatment when they’re ill. So they change the behavioral incentives, by lowering out-of-pocket costs.

Which begs a much larger question: what about the major chronic diseases which kill more people every year in the US than COVID-19 will — diabetes (270,000), COPD (150,000), heart disease (650,000), and obesity (280,000). Of course, there is overlap in the numbers. Obesity contributes to diabetes; both contribute to heart disease. But there’s plenty of overlap in the COVID-19 numbers as well: people with diabetes, obesity and respiratory problems are more likely to die with a coronavirus infection (and vice versa).

Machiavelli suggested that, “One should never waste the opportunity offered by a good crisis.”  Now’s the time to apply the cost-sharing lesson of COVID-19 to broader diseases. There have in fact been limited experiments to do just that. Many plans and PBMs have programs to dramatically lower copays on insulin. A new model from the Centers for Medicare and Medicaid Services will lower insulin copays for Medicare recipients to $25.

But going further won’t be simple. Pharma could play a role, further reducing prices on branded primary care drugs. Although Pharma is loath to lower prices for its patented products, many of them have gotten pretty low as it is through discounting and other mechanisms. In several categories, competition has driven post-rebate prices for cardiovascular and diabetes brands below $2,000 a year (adjusted for inflation, about the cost of the statin drug Zocor in the mid-90s). The lower the drug spend, the lower the copay can be.

This won’t help with getting new drugs for these diseases, however. Given the price competition, there’s a lot less incentive to go after new drugs for primary care indications. This is why most companies seem to have abandoned the category in favor of the less price-constrained specialty markets. Cancer and rare disease categories now represent about half of the pharmaceutical industry’s entire pipeline. It’s those drugs which are driving up health plan costs and thus at least indirectly helping to spike patient copays in primary care settings. It’s unlikely pharma is going to cut prices there to help with copays in markets they have increasingly little to do with.

In short, to reduce copays enough to change patient behavior, payers will have to make up the money somewhere. The five biggest are all for-profit public companies and certainly won’t voluntarily forfeit earnings with more generous coverage plans. Not-for-profits are competing for business too – usually on the basis of price – and probably won’t handicap themselves by increasing their costs.

It’s not immediately apparent how insurers might apply the COVID-19 cost-share initiatives to other population-wide problems. I suspect that government incentives will — should — be part of the answer. Pharma will also have to do more. As payers, providers, and the entire healthcare distribution system consolidate into a more tightly organized ecosystem, pharma remains isolated – unable to effectively coordinate with, or address the challenges of, the rest of the system that makes its solutions accessible. The copay problem is just one example of how pharma has failed to find a way to insert itself into an integrating healthcare ecosystem.  Pharma’s isolation problem is something I plan to write about next.

Suffice it for now to say this: the pandemic response at least shows that insurers recognize the right thing to do. And when push comes to shove, they can do it.