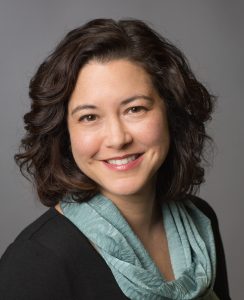 As a night owl, I relish the “me time” hours from midnight to 2 a.m. Snuggled in bed, the rest of my family asleep, I scroll through the news and laugh at friends’ video posts.

Like many other science writers, I spent many of those quiet hours in February following the relentless spread of the new SARS-CoV-2 virus, especially as my hometown of Seattle emerged as the first US epicenter.

On Mar. 5, I started working from home. The next week, I arranged for my college-age daughter to come home from UCLA. I was relieved when Seattle Public Schools closed and my younger daughter didn’t have to walk down any crowded halls. I wanted everyone home and safe.

My husband, however, is a physician–scientist who does essential work at the University of Washington and a nearby hospital. So we could not all keep entirely safe.

Just one meal for UW Virology

As the UW Virology department scaled up its breakneck efforts to process as many COVID-19 tests as possible, I started hearing from my friends at the university that some of their grad students and postdocs were pitching in at the testing center.

I remembered how tedious it is to pipette all day—right out of college I had worked as a lab tech at the Human Genome Mapping Center at UC San Francisco. As I scrolled through Twitter one night, a tweet from UW Virology landed atop one from a pizza place offering free pizza for healthcare workers.

Something clicked. “Who’s feeding the scientists?” I said to my dog.

She looked back at me as if to say: “Good question.”

On Mar. 13, past midnight again on Twitter, I typed a hurried “Who wants to help me feed UW Virology?” with a #COVID-19 hashtag.

Pagliacci, one of the biggest pizza franchises in the region, responded within minutes. They donated enough pizzas and salads to feed 70 people who were helping out, working long hours and taking extra shifts.

As I drove to deliver the food, I marveled at the lack of traffic, but it also felt sort of weird in Seattle. I greeted the person who came out to load the food onto the cart. She was all smiles. I remember her commenting on how the food would boost morale.

I offered to get the door for her.

“Best not to touch it, or we’ll have to wipe it down,” she said somewhat apologetically.

At first, I thought I would pay for all the food as a one-time gesture of appreciation to UW Virology. But as the adrenaline of that first donation wore off, I started to think more broadly about how to support local medical researchers and hospital workers. It was a bit overwhelming to think of all the medical and research staff in Seattle who were working so hard, day and night, from processing specimens and COVID-19 tests, to caring for patients.

Getting them food was one thing that I could do, and would help to keep their energy and spirits up for a prolonged siege. An army, some famous general once said, marches on its stomach.

Pretty soon, I found myself thinking about this a lot more than just during the wee hours of the morning. With money I was prepared to spend on my own for donated meals, on Mar. 20, I called a friend, placed an order for Rubinstein Bagels and went to buy cream cheese, plates and knives.

People were not social distancing at the grocery store, which made me nervous. I needed to keep myself safe and healthy in order to be able to deliver the food to hospitals safely. Now, to figure out where the bagels could go…

I started working my contacts at UW Medicine, which had closed its hospital to visitors. Through a surgeon friend, after many emails, I reached a point person who could accept the bagels. We did the social-distance dance to unload them onto a cart.

I made a mental note: next time, let the institutional contact unload the food right from my car.

Third meal for UW Virology and WeGotThisSeattle was born

Next time came quickly. I had put up a personal fundraiser on Facebook, inviting friends in Seattle to donate money for meals to UW Virology and other sites. By this time, news was everywhere about the lack of testing nationwide, and our UW Virology lab’s heroic efforts to meet our region’s need for more tests. Within a few days, I had enough donations for a third meal delivery.

Because so many restaurants had shut down, what had started out as a token of appreciation was now more like a lifeline to those who had nowhere else to get a quick bite during their work shift. My original question, “How can I be useful?” was clearly answered. People in the labs posted pictures and thank-you notes on social media. My inbox received a few heartwarming notes. It all confirmed that this was something I should run with.

Pizza, bagels…what next? I remembered Taste of India, one of my favorite local restaurants. On the phone, the explanation of what I was doing had hardly left my lips when the owner interrupted me.

“Ellen, what do you need? We will donate it all.”

His calm, swift response made me choke up.

It was a powerful moment, and not just personally. A tweet I posted describing that act of kindness was viewed by more than 2.5 million people, with more than 31,000 likes.

I can’t explain why this tweet went viral, but I think it has to do with so many of us wanting to help, but not knowing how.

Things took off from there. Donations poured in — donations of funds, but also of food from many restaurants. When restaurants I contacted asked me to pay full price, I happily did. Those that had to ask almost certainly need the funds. And that, too, is part of supporting our community.

From what I’ve heard, many restaurants in Seattle are down at least 80% in revenue. As I’ve picked up food, I’ve seen many places where only the chef and owner (sometimes one and same) are working. They tell me how they hope to hire back their staff, how they don’t know how to make their rent payments. I’ve learned that some of the restaurants that donated food were not in a position to do that, when they were falling behind in their rent.

It all felt quite heavy. But their hope and their eagerness to help feed healthcare professionals and others risking infection to do vital work was also uplifting.

Now when I contact restaurants, I emphasize that I want to help them as well, and it’s OK to charge something for the food. The donated funds enable us to support local business while we feed the frontline.

A recipe for success

With encouragement from friends old and new (and I am forging strong connections with restaurant owners and the point people at the hospitals and UW Virology who have promised me hugs when this crisis subsides) and support from former strangers who have contacted me to help (and I finally got smart and said Yes to offers of help), we are moving ahead with getting systems in place to scale up.

We’re now collecting tax-deductible donations at WeGotThisSeattle. Since starting this project in early March, we’ve raised about $36,000 in donations from individuals. We’ve coordinated food to 30 sites in and around Seattle from 35 local restaurants and businesses, feeding more than 6,300 people. The meals have fueled workers at nursing homes, fire and police stations, and homeless shelters. They have fed bus drivers, EMTs, hospital janitors, and switchboard operators.

I quit my job to focus full time on this volunteer effort. It seemed like time for a change anyway, and I’ll find a new job when this is over. This is the best way I can contribute, right now.

Our meal-delivery effort is one of many: since mid-March, the University of Washington has received more than $300,000 in donated meals from a wide range of groups. The Swedish Hospital system in Seattle estimates that its workers have received 190,000 meals from 280 donors.

I attribute the growth and success of WeGotThisSeattle to four crucial factors:

Thanks to everyone who has contributed to our effort thus far, and to those who are finding their own ways to help. 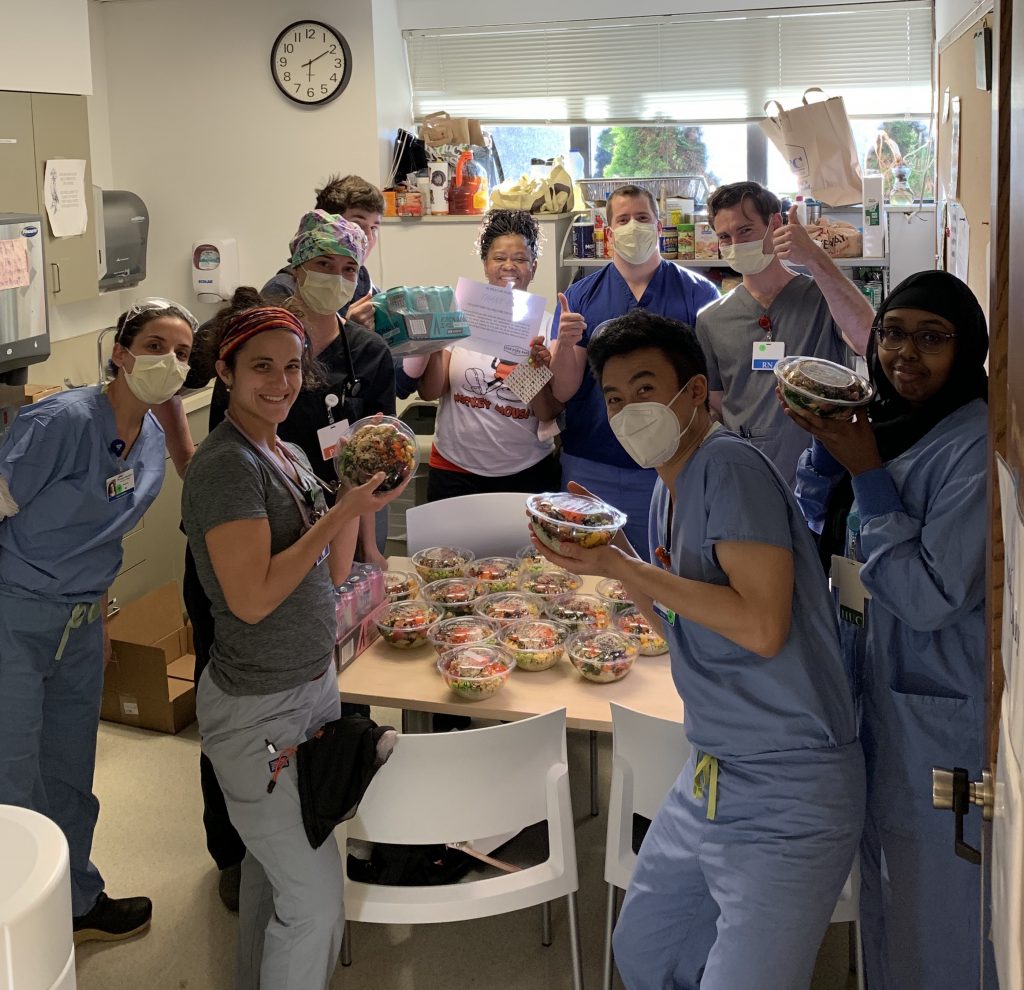 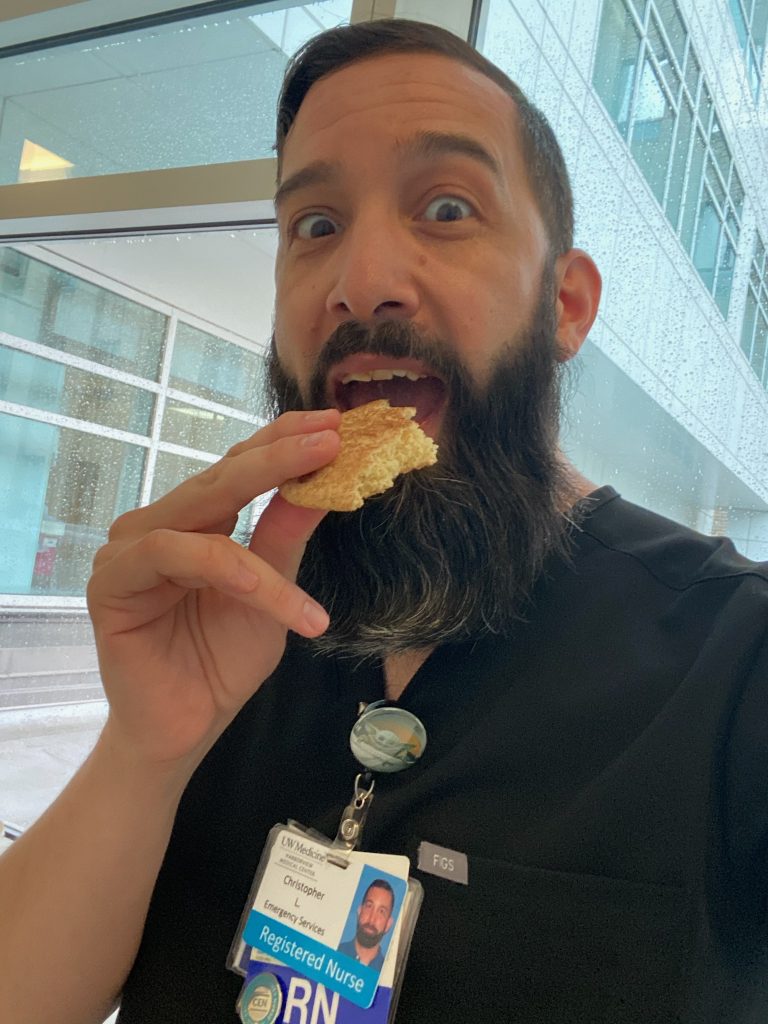 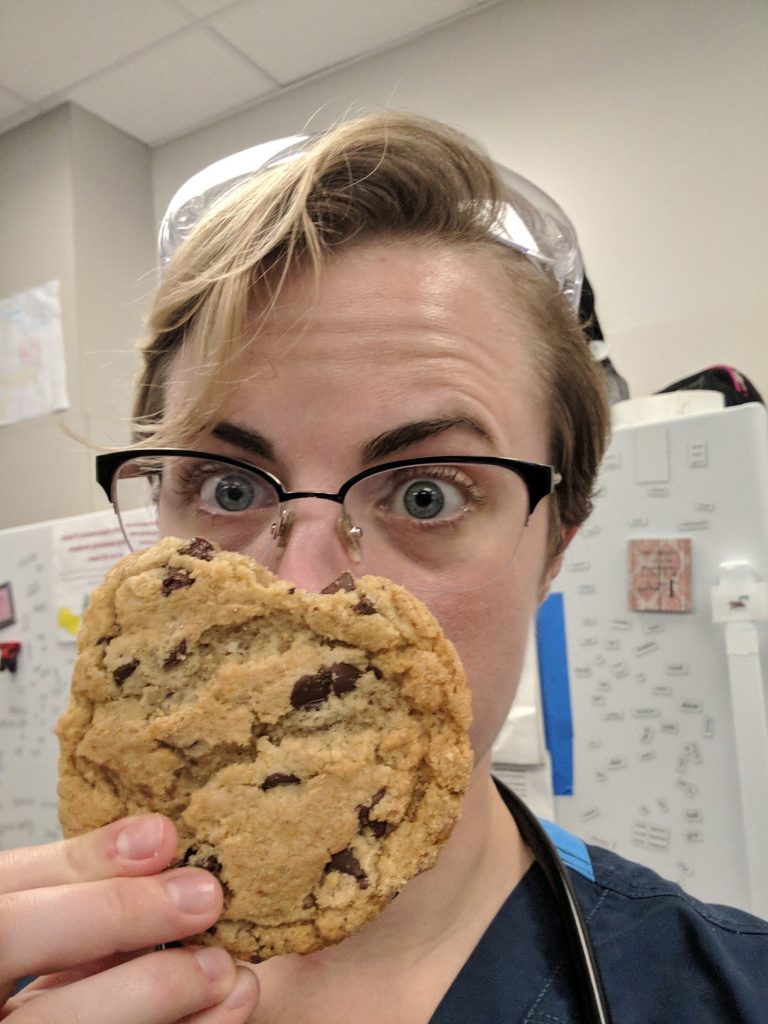 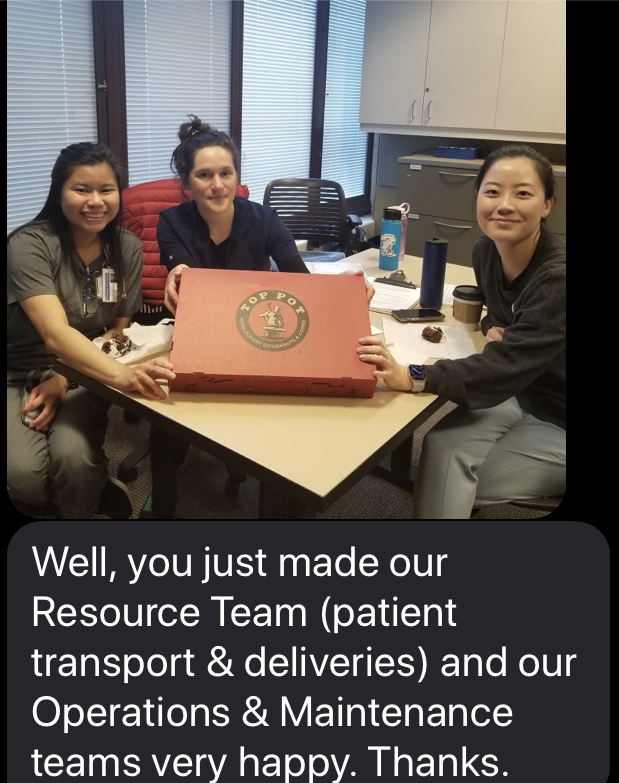