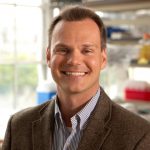 Germany, my home country, has gotten attention lately for doing some things right in its pandemic response. Diagnostic testing has been a key factor in keeping its death rate relatively low.

As a biotech entrepreneur, and with my PhD training in biomedical engineering, I want to think ahead about working on another useful idea the Germans, among others, are considering: Serology tests that look for protective antibodies against the SARS-CoV-2 virus.

These are the blood tests we’ll need to assure people that it’s OK for them to go back to work, and for society to return to something approximating normal.

Former FDA commissioner Scott Gottlieb (oh, how he is missed…) has used, and continues to use, his social media and mass media platforms to communicate his well-thought out, and forward-leaning views on combating the pandemic in the US.

Gottlieb, along with colleagues at the American Enterprise Institute, focused squarely on diagnostics development, including serology testing, in a plan titled “National Coronavirus Response: A Road Map to Reopening.” Putting aside for a second the urgent need for everything from PPE for healthcare workers on the front lines (if you have any, donate here), ventilators to treat those suffering from severe COVID-19 symptoms in the lungs, and the still critical shortage of diagnostic tests for active infection be they nucleic acid-based or protein-based, I would like to discuss this other huge need.

We should be able to test if someone has developed a robust antibody response to the virus. Diagnostics that provide such a readout, from a blood sample, fall into the class of serological tests.

Let me restate the need: it is enormous. Being able to confidently determine that someone has a strong immune response, while we are operating under the well-documented assertion that the virus mutates slowly, is a massive benefit to that person and to society. That person will not get sick again – reinfection is almost certainly not happening. Early reports out of China suggesting otherwise have now been reviewed, and reveal many red flags.

So if you’ve generated that robust response, you (the person) can go back to work or better yet contribute in a more essential capacity. That person, if he or she is a healthcare worker, wouldn’t technically need to consume PPE units anymore, nor would they run the risk of asymptomatically transmitting the virus to others through the air. Hygiene is paramount of course, whether you have built up robust immunity or not. The virus persists for hours on certain surfaces, so handwashing is a crucial defense against passing the virus to others.

Before I go into how or where you can get serologically tested though, let me get a little more technical and dive into how these tests work.

What’s a serological test? Those that already know (and I presume many readers here do) skip ahead!

Serological tests don’t get a lot of attention, but are more familiar than you might think, since every test you’ve ever had run on your blood that is NOT counting the blood cells or values associated with those (like hematocrit) is technically testing your serum, hence the name serology – the study of (your) serum. Serum is the part of the blood that is not the “red stuff.”

Less colloquially, it is the liquid fraction obtained after your blood is allowed to clot, thereby removing clotting factors from it. For completeness sake, the liquid fraction including clotting factors is referred to as plasma (what you get transfused with if you have severe infections, burns or liver failure). Serum is where the action is – certainly from an antibody point of view! Anyone that has been exposed to SARS-CoV-2, has had an active infection, and cleared it, will have generated antibodies against the virus, and those can be found 9 days (80%) to 12 days (100%) later.

So what about those antibodies, those important little Y-shaped proteins? It helps to think through an analogy of making a sandwich. The first layer of your test is the bottom surface. It just needs to be there – like a good friend – and provide support (literally). That’s simple. Onto that comes the first interesting ingredient: the bait! In our case that is a protein or fragment (epitope) of interest from the virus. Current tests are using a fragment of one of the four structural proteins (S, E, N, or M), and I refer you to the excellent visualization by The New York Times if you’re curious to the shape, size and general feel of these and all the other proteins.

The astute reader will start to gain an appreciation to the choice that has to be made by the diagnostics developer. If you’re limited in the number of different proteins you can include in your testing, which protein or epitope do you pick? Do we know which proteins we’re looking for, which correspond with an antibody that can specifically bind to, and neutralize, the virus? The short answer is yes, we know what to look for, but we don’t know what that means for the population. This is illustrated by the simple analogy that we are not all created equal, and we do not all make antibodies against viral proteins in the same way. A recent paper out of UCSD and the J. Craig Venter Institute (JCVI) computed that there are 36 predicted highly immunogenic epitopes.

Hold that thought while we put down our bait — the first one or two proteins that we will use to test for the presence of antibody. These antigen baits are now stuck to the surface and we introduce your serum to it, usually under flow conditions. Antibodies are wonderful molecular recognition machines and they will absolutely stick extremely tightly to their particular antigen epitope, and less excellently to anything else. So now we have a two-layer sandwich (antigen->antibody).

We now put the third and final component of the sandwich on, which is another antibody. But this one is an anti-antibody antibody. It will stick to all those antibodies that are sticking to the antigen so now we have antigen->antibody->anti-antibody antibody. The last part of the sandwich is usually coupled to a signal amplified of sorts such as an enzyme, to allow us humans or our machine friends to detect it.

Phew, ok, so we just build one of those and we’re done! Not so fast. Remember that number from before – 36 – yeah that one. Until we understand which epitopes drive immune reactions, it is difficult to tell someone that has received a negative result on their serological test that they are not immune. Too many negations in one sentence, I agree, but diagnostics has a way to surface those. How many of those immunogenic epitopes need to be expressed in a given blood sample to provide what clinicians can confidently call “robust” immunity? Is your test going to be sensitive enough to detect a relatively faint signal of antibodies that might be there from 1-2 of these epitopes? That theoretically could be an issue when you think about large numbers of people who may be asymptomatic – who might have been exposed to low viral loads, and whose immune systems mounted a low-level response.

There are some basic science questions that need to be answered, so that we gain more knowledge of the underlying biology and how it matches up with clinical manifestations of disease. Serological testing can help with that work. But once these questions are answered, then these tests could really show their power as a large-scale tool. There will be a push to assess broad, national-scale immunity. Such a test should be deployed as widely as possible, have high throughput, and it should be rapid.

If that sounds like a high bar, that’s because it is, but it’s what the doctors (will) order. Everyone will need to get tested, perhaps many times to either show they have eventually generated immunity or to show that they are still immune against the virus or, God forbid, any more virulent mutations that might have arisen in an antigenic epitope (we could also get lucky and see mutations that make the virus less contagious or virulent).

Countries such as Germany, as well as Italy, are pioneering surveillance studies to answer the question of population-level immunity and intend to document (in best Prussian bureaucratic fashion) the results in an Impfpass or vaccination passport.

For us as a nation, and for the world, these tests are where the puck is going, and we should skate towards that as fast as we can.

Mike Koeris is a serial biotech entrepreneur, having founded both for-profit and not-for profit ventures. Out of his graduate work with Prof. Jim Collins at MIT, Mike co-founded Sample6, the world’s fastest on-site, enrichment-free food pathogen testing system. Sample6 was recognized by Forbes as one of the 25 hottest AgTech startups in 2017 and was acquired later that year. In recognition of his commercial and community building influence, he was recognized as the outstanding entrepreneur in life sciences in Massachusetts in 2018.