Art Krieg is one of the leaders in the field of oligonucleotide drug discovery, going back to the 1980s. Today, he’s the founder and chief scientific officer of Cambridge, Mass.-based Checkmate Pharmaceuticals, a cancer immunotherapy company. 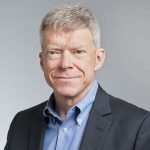 It’s his job to explain scientific concepts to a variety of professional audiences. But he leveraged that skill recently to do an interesting thing — a plain English, yet highly sophisticated 14-minute webinar aimed at general non-scientific audiences. It’s for the Oligonucleotide Therapeutics Society, a group he co-founded and recently served as president.

In the video (below), Art distills some basics on RNA and DNA medicines and vaccines. He talks about why this is an exciting time, and how this new biology could be applied in the pandemic. He uses plain English, not jargon. His tone toward the audience is one of respect. He immediately answers the ‘why should I care?’ question in his first breath — these oligo drugs are saving lives. He’s optimistic, yet he doesn’t overhype.

Essentially, he’s doing what many scientific entrepreneurs are capable of — telling an interesting, balanced scientific story that people can understand and appreciate. I think this is something other entrepreneurs could do, so I asked Art a few questions below to provide some background color.

Art Krieg: True now, but before I went full-time into biotech, I had 19 years of patient care experience, and that has an indelible impact on the way you think. You learn the importance of patient education and communication: patients are far more likely to take a medication as directed if their doctor explains it in a way that they can understand, and so I tried to do that. During my NIH fellowship in rheumatology I became involved with patient education at the Lupus Foundation of America, which gave me a chance to try to explain new scientific advances to a larger population than I could reach as an individual clinician.

TR: If we think about it, each of us can leverage our skills in different ways to be helpful now. You’ve given lots of scientific presentations and have that skill. But had it been directed in this public-education way previously?

AK: When I was a young assistant professor at the University of Iowa, I enjoyed getting involved with the state Lupus Foundation, and giving talks on lupus research and therapy to local chapters. As time went on, I became more involved in professional organizations, co-founding the Oligonucleotide Therapeutics Society (OTS) as a way to try to help advance the development of this whole new class of drugs.

TR: Was this public education webinar something you had been meaning to do for OTS for a while, but never got around to?

AK: At the OTS we actually had scheduled a meeting for just a few weeks ago with FDA, NIH academic centers, patients, patient organizations, and bioethicists around how to accelerate the development of oligonucleotide therapeutics for N-of-1 diseases, that are so rare that no company can afford to develop a drug, even though the existing technology can be used to potentially save some patients’ lives. Then the pandemic hit, and we decided to reschedule that meeting. My OTS colleagues suggested to me that instead, I should prepare a video for the public on how our technologies can be used against the coronavirus. The idea immediately appealed to me.

TR: How much time and effort did you put into this little labor of love?

AK: It ended up taking WAY more time than I expected – I think every night for a week or so and most of two weekends.

TR: Did you get some help along the way?

AK: I got a lot of helpful feedback from OTS colleagues, friends, and family on 4 different versions of the webinar, and it was quite painful because I had to really simplify the message enormously, and cut it down from more than half an hour in the first version to under 14 minutes in the final one.

TR: Why did you want to do this?

AK: These drug development technologies are incredible, and I really believe at least some of them are going to work in a time frame that matters – I really wanted to communicate that to people because I thought the lay public might be glad to know the great progress in developing drugs to stop the pandemic.

After I finished the webinar, I read that a quarter of all Americans would refuse to get a vaccine against SARS-CoV-2, even if it was FDA approved as safe and effective. That horrified me – people are going to die unnecessarily if they refuse these new vaccines, and some who refuse to be vaccinated will transmit the disease to others who will die. No vaccine is going to be 100% effective, and so we should expect that the elderly population who are most vulnerable will have a lower response rate to these new vaccines, just as they have with older ones.

I get it that many people are afraid of things that they don’t understand, and if that is what is driving this refusal to get a SARS vaccine, then I hope that by explaining how these new RNA and DNA vaccines work, perhaps some of those people will understand and change their minds. I hope to change people’s minds by explaining that these RNA and DNA vaccines are assembled from natural building blocks that are already present in our bodies, and that these vaccines harness the same natural immune pathways (through TLRs) that our immune system uses every year to fight off the many viruses around us.

I don’t think it’s enough for us in the biotech industry to “only” develop lifesaving technologies to create new drugs faster than ever before – if we want to realize the full impact that these drugs and vaccines can have in saving lives, then we also have to explain them to people in a way that they can understand, so that they can get comfortable with them.

The aluminum salts (alum) in older generations of vaccines are safe, but the fact that alum is not a natural part of our bodies scares many people. Call me naïve, but in the case of these new vaccine technologies that use these natural pathways, I just cannot see how someone could understand how they work, and still decide to refuse them. If just a few people who would have refused the vaccine decide to accept it because of my video, then it will have been worthwhile. And maybe I can encourage other people to pick up this work, and to spread this message better than I can.

TR: What’s your biggest hope with this – maybe that the video gets circulated with high school science teachers?

AK: I would be delighted if high school teachers watch this, and spread it to their students! And I would be even more thrilled if some of those students somewhere in the world then get interested in science and oligonucleotide therapeutics, and come into this field and help us develop new generations of technologies for the future!