[Editor’s Note: this is part of series of interviews with business development executives about some of the surprises, subtleties, and human aspects of biotech dealmaking.]

Praveen Tipirneni is a physician by training, but more than anything it was his work in business development that put him in position to become the CEO of a publicly-traded biotech company – Waltham, Mass.-based Morphic Therapeutic.

Before Morphic, Tipirneni spent 13 years at Cubist Pharmaceuticals. He was senior vice president of corporate development and global strategy in 2015 when Cubist was acquired by Merck for $9.5 billion. At the time, Cubist was best known for marketing the antibiotic daptomycin (Cubicin).

But there were other assets in the pipeline. In this interview, Tipirneni recalls another deal – Cubist’s 2009 acquisition of Calixa Therapeutics — that helped set the table for the ultimate big deal with Merck.

Let’s start with the punchline. What is your advice for your biotech BD peers out there? 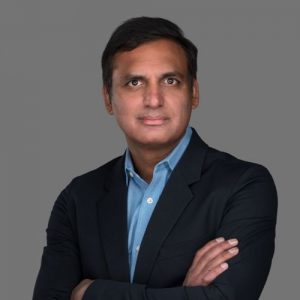 So what deal are we going to talk about today?

Cubist’s acquisition of Calixa Therapeutics in 2009. Calixa were in Phase 2 at the time with a cool new anti-pseudomonal cephalosporin. Calixa was backed by Domain Associates and had a very credible antibiotics team.

That drug ultimately became Zerbaxa (ceftolozane). With Cubicin later in its lifecycle, ceftolozane had the potential to be the critical driver of Cubist’s future growth. And, ultimately, this drug became one of the assets that Merck really wanted when they acquired Cubist in 2014.

Do you know the baseball term Wins Above Replacement? Honestly, anybody on the technical side at Cubist could have done the Calixa deal. It was an antibiotic right up our alley. My value add was getting the deal closed.

We were almost at the end of the process. All the major terms had been negotiated; the diligence was mostly done. But then this accounting issue came up. It was December and I was literally on a ladder putting up the Christmas tree talking to Rick Orr, COO at Calixa.

There had been some very recent changes in the 409A accounting rules. Back then, there were no third-party advisors for 409A equity valuations and start-ups basically did it internally. Cubist’s diligence suggested that Calixa may have underestimated the 409A tax liability. With the risk of penalties and fines, Cubist’s accounting firms were using terms like “unlimited” liability and this very technical accounting issue got elevated all the way to our Board.

What was the deal risk? What did you do?

Cubist ended up requesting a very large escrow as part of the M&A agreement to address the 409A tax risk. And Calixa was having a very hard time accepting this escrow term.

This totally could have tanked the deal.

First the 409A analysis was a highly technical issue and both sides thought our analyses were right. Second, the acquisition had milestone-based earn outs which was still novel at the time and there were uncertainties about how to handle the accounting for those future payments. And third, the emotions and egos were so high there was no way senior management was going to meet halfway and compromise on the issue.

The deal had been going nowhere for days until the negotiation got delegated down to me on the Cubist side and Rick at Calixa. Rick was concerned that if Calixa accepted the escrow and closed the acquisition, post the deal there would be no one left to represent Calixa’s interests and Cubist could interpret the escrow however we wanted.

So there I was on the Christmas tree. I was only VP of Business Development back then and I ended up being really honest with Rick. I told him, “I’m not a decision maker for this issue, Rick. What I can do is personally commit to you that I will represent Calixa’s side after the acquisition.”

Was there a lot of pressure at Cubist to close this deal? What about on Calixa’s side?

Yes, I think both sides really did want to do the deal.

To set the stage for the Calixa acquisition, you have to look back at their predecessor company Cerexa. Calixa spun out of Cerexa in 2007. Cubist had really wanted to acquire Cerexa and we ended up bidding to our full financial capacity. The Cubist team all thought we had won the auction, but literally in the last week Forest Laboratories came out of nowhere and bid way above us. I felt totally burned.

So with that backdrop, we’re now looking at Calixa wondering if we were about to lose to Forest again. And I also think the Calixa team remembered us from the Cerexa interactions and wanted to do the deal with us.

It sounds like you really needed to advocate for Calixa’s side to get this deal closed. You were negotiating with Calixa, but also with our own colleagues and tax advisors at Cubist. Would you do it all over again?

Obviously this product was very important for Cubist. After the deal closed, we started working through the formal tax analysis. And, of course, the escrow issues all worked out in the end. And to this day, I really believe Rick and the Calixa team were right and that our advisors were overestimating the tax risks.

But I don’t know if I would do this all again.

There was no need for a BD person to be involved in this tax escrow analysis. And there was zero upside to me acting so smart on this issue. We literally had multiple major accounting firms including Price Waterhouse, Ernst & Young, and Coopers & Lybrand advising us – this was one of those nightmare scenarios where we had conference calls with 50+ people. But there I was reading the tax laws myself and questioning the work of our accounting firms. These guys were all so mad at me.

Before this deal, there had been a chance I might have gotten a shot at the CFO job at Cubist. I’m pretty sure all of this 409A stuff cost me that job (though in retrospect, that turned out to be a good thing).

You mentioned ceftolozane became a driver for Cubist’s ultimate acquisition by Merck. How so?

So first, Zerbaxa (ceftolozane) was going to be a big next product for Cubist. Merck was very interested in the drug.

Second, it also tied into a subsequent deal we did in 2013. Calixa had originally licensed ceftolozane from Eisai (which then became Astellas). The license terms were good for Calixa, but they had to leave Japan and several other Asia geographies with Astellas. It remained an ongoing annoyance that we didn’t have full global rights. And I could tell our CEO, Mike Bonney, really wanted the Japan rights back.

We were just 6 months away from Ph3 trial results, and our BD team wanted to wait until the clinical data readout before approaching Astellas. I kind of agreed with the BD team but I figured I’d give it a shot. I was able to get the full global rights from Astellas for $25 million.

Maybe it was a coincidence, but right after we got the global rights from Astellas was when we started getting really serious engagement with Merck. Hence my advice to my BD colleagues is to never underestimate what may be possible. 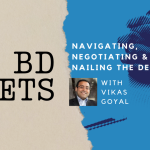 Why Kymab Agreed to be Acquired by Sanofi