It only took a pandemic, but well-being has at last emphatically arrived in the corporate world.

Before the pandemic, wellness was often viewed as just another item on the HR benefit menu. Some companies offered limited reimbursement for fitness classes, or subsidized access to select health and wellness apps.

But in the turbulent wake of COVID-19, well-being is increasingly viewed as worthy of C-suite attention, and recognized as critical to company success.

As we collectively navigate our way towards improved well-being, we might consider two recent books that address the topic through two very different lenses.

Several years ago, Seth Stephens-Davidowitz, a data scientist and New York Times columnist, wrote about what data science had to say about human behavior. His book, Everybody Lies, was a revealing and engaging read, as I discussed here. 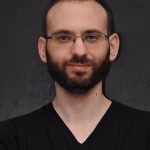 Stephens-Davidowitz has now returned with Don’t Trust Your Gut, a delightful, quirky romp through the data science literature on self-improvement.

Why self-improvement? Predictably, because Stephens-Davidowitz followed the data. He analyzed the reaction to his last book and noticed that readers told him they were most interested in the use of analytics to help others, particularly those less fortunate.

Yet when he looked at the actual data (the passages underlined most in the Kindle version), he discovered readers were, in fact, most interested in themselves, and he aims to oblige. (This distinction between stated and revealed preference is a key theme of his last book, and a frequent topic of this column – eg here — since the ability to discern the difference is often critical to entrepreneurial success.)

Stephens-Davidowitz starts by demonstrating how data science can be used to study human relationships by mining dating sites, which turn out to contain a treasure trove of information. Some of the insights prove modestly surprising: for example, among those individuals seeking heterosexual relationships, tall men were especially prized, but tall women were not.

At the same time, Stephens-Davidowitz writes, data scientists – despite extensive effort — have been utterly unable to predict whether two people will actually be happy in a relationship. The top lesson drawn by a researcher who exhaustively examined a dataset of 11,196 couples? “How unpredictable relationships seem to be.”

Ever the sabremetrician, Stephens-Davidowitz points out what he sees as the grand arbitrage opportunity here: since “good romantic partners are difficult to predict with data” but “desired romantic partners are easy to predict with data,” the winning move, he suggests, he to pursue the “Youkilis of love” (Kevin Youkilis was a famously undervalued baseball player because he didn’t look the part). He advises daters to “focus more of their attention on targets who the rest of the data market ignores, even though they are just as likely to be great romantic partners.”

Having shown us the approach, Stephens-Davidowitz applies this data-driven methodology to a range of subjects, from the impact of parenting (which may matter less than we think) to the role of genetics in sports success (genes are evidently far more determinative in basketball and track-and-field than in skiing and weightlifting) to activities that make us happier than we think (going to museums, exercising, gardening) to the importance for artists to aggressively maximize their opportunity to be discovered, rather than venturing forth timidly and in effect “pre-rejecting” themselves.

Perhaps my favorite section focused on entrepreneurship, and the lessons learned from researchers analyzing massive datasets. For instance, a team analyzing every business created in the United States between 2007 and 2014 found that of the 2.7 million entrepreneurs represented, the average age of founders is about 42. They also learned that older people “succeed at creating highly profitable businesses more often than their younger peers” — a trend that continues “at least until the age of sixty.” In other words, the young tech geniuses the media often focus on are not representative – even in technology, where the average age of a founder of a highly profitable company was 42.3 years old.

Similarly, while we’re often told that industry outsiders have the independence to develop the most profitable startups, Stephens-Davidowitz cites research demonstrating that in reality,

“There is an enormous ‘Insider’s Advantage’ in entrepreneurship. Entrepreneurs are roughly twice as likely to build an extremely successful company if they previously worked in the field in which they started the company. The advantage gets larger the more directly the previous experience is related to the business.”

(Readers will note parallels between some of the findings Stephen-Davidowitz reports and those uncovered by VC and author Ali Tamaseb in Super Founders, as I’ve discussed.)

While not the definitive account of any of the topics it touches on, Don’t Trust Your Gut demonstrates the unreasonable power of empirical evaluation of extremely large datasets, including in the context of wellness, and reminds us of the many ways we can be deceived by selective sampling.

Put Down Your Phone

Johann Hari is a journalist and writer who, like many of us, was struck by the outsized role technology – social media in particular – plays in our lives. In Stolen Focus, he explores the origins and dangers of this contemporary menace.

Hari starts with an anecdote – familiar to most parents – of watching his teenage godson Adam become increasing absorbed into the social media on his smartphone, to the point where he seemed to enter an almost dissociated state of scrolling and staring blankly at the screen. Eager to engage Adam in a real world experience – and because Adam had once been captivated by all things Elvis – Hari took his godson to Graceland, having secured from Adam, in advance, the promise of abstaining from technology once they got there. 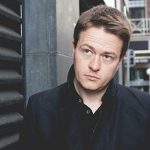 Yet, the moment they arrive at Graceland, Hari and Adam are each handed….an iPad and headphones, for a self-guided tour of the mansion.

But the most striking part, as Hari describes it, was when they arrived outside the famous “jungle room” (supposedly Elvis’s favorite place in the compound), Hari notices the middle-aged couple in front of him captivated by the ability to switch between images of the left and right side of the jungle room simply by flicking their fingers from side to side on the iPad.

Flabbergasted, Hari points out to the couple that they can achieve the same effect by looking up from their iPads and looking at the actual room in front of them. We’ve become so entranced by our technology, he realizes, that we instinctively are drawn to the image of the jungle room even when the room itself exists before us.

Hari explains how we’ve become so addicted to our screens: the business model for tech companies like Google and Facebook means that their revenue is maximized by increasing our time and engagement on their platforms. Consequently, he says, the smartest engineers in the world leverage the most powerful AI and savviest user experience expertise to escalate our addiction.

Hari also discusses why the constant beckoning of our smartphone apps is so destructive: it steals our ability to deeply and consistently focus. (Here, he echoes themes from Cal Newport’s Deep Work, which inspired me to quit Twitter in 2019.) It’s not that responding to a notification itself is so time consuming, but rather that it takes a shockingly long time – more than 20 minutes, he reports – to regain focus afterwards.  We tend to be closer to our best selves when we can deeply focus, and when we can’t, everything is worse. We may pride ourselves on our ability to multitask, he says, but in splitting our attention, we’re sabotaging ourselves, our work, and our happiness.

Hari writes that workplaces interested in worker well-being might do well to rely less on advocating wellness practices like meditation (which Hari says he personally enjoys and values), and more on creating intrinsically better environments for workers.  Essentially, he argues that instead of putting a band aid on the problem, companies should seek to provide greater opportunity to focus at work (i.e. fewer gratuitous distractions) and to relax at home (i.e. protected time and “right to disconnect” – now a legal protection in France).

While the book seemed to lose its way and go off the rails about halfway through (I couldn’t make it through to the end), the idea that we’re physically addicted – by design – to our apps is a crucial point worth amplifying.

When I thought about how I was interacting with my phone, and the number of times I reflexively checked it, I resolved to try to establish some new habits.

For one, I re-quit Twitter (I had started up again in the context of Omicron) – with immediate satisfaction and minimal regret (sorry, Elon). I also now stow my phone when I drive, so I’m not even tempted to interact with it. This took a little adjusting, but I really appreciate this new habit as well.

I like the idea of seeing wellness through the lens of discrete, modifiable habits, as Hari alludes to and a number of authors have suggested; this seems like a pragmatic way of productively changing behavior.   The same science that has informed the development of smartphone apps that steal our focus and detract from our happiness can also be used to instantiate healthy habits.

Of course, not all apps are harmful, and some can even be a force for good. For example, I’ve been pleasantly surprised by impact of a corporate wellness initiative that simply involves signing up for an app that collects your daily steps from whatever device you select. You sign up in teams of four, and strive to average 7500 steps/day. Participants are encouraged to share photos of their walks with other participants through the app.

Silly as it sounds, I’ve really appreciated this experience – it’s been lovely seeing where my colleagues are walking, and I find I’m getting out much more than I used to; I’m especially likely now to use short blocks of downtime as an opportunity to get in some additional steps.

Finally, I wanted to highlight a particularly positive recent experience I had attending an external two-day retreat with an exceptional group of biomedical leaders, innovators, entrepreneurs, and investors. The opportunity to engage with other colleagues in a relaxed setting — on hikes and over meals, in person and without masks — was extraordinary.

The experience reminded me how much we’ve missed this human connection over the last two years.  It also emphasized how elevating and essential physical exercise and human connection are – not just for our health, but also for our happiness.