Although we are all impossibly busy, most people I know in the biotech industry still make time to read books.

Books may sometimes have a hard time competing with flashier forms of media in the online attention economy, but they aren’t going away anytime soon. This seems especially true now that so many titles are available in audiobook form, enabling us to appreciate them while traveling or exercising (my favorite time to listen).

Perhaps because of my occasional reviews for the Wall Street Journal, I’m often asked by colleagues (and family members) for book recommendations.

Here are a few suggestions, in three different categories: Tech and AI; Psychology and Wellness; and COVID.

As AI has traversed through the hype cycle (hopefully we’re beginning to slowly climb the Slope of Enlightenment), we’ve been inundated by books about how we got here, what’s happening now, and where AI might be headed.

Initially, many authors focused on what might be called the technology transformation imperative — some version of “tech is taking over the world; the potential is enormous.”  Some focused on the opportunity: leverage data and emerging technology and you can do incredible, previously unimaginable things, argued Erik Brynjolfsson and Andrew McAfee in Second Machine Age (2014), see here.

Others emphasized the urgency of action: ignore technology and your business will go extinct, Tom Siebel argued in Digital Transformation (2019), which I discuss here. Some experts, like Jim Manzi, have offered more balance.

Over time, the tone of the discussion seemed to perceptibly shift. The limitations and risks of the technology increasingly attracted the attention of authors, reflecting a similar concern by many in the field (the so-called “Tech-lash”- see here). 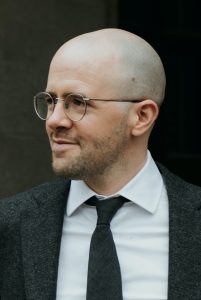 The challenge of getting AI do you what you want it to do was discussed with particular eloquence by Brian Christian in The Alignment Problem (2020), which I reviewed for the WSJ, and would highly recommend. In 2021, I reviewed a raft of AI-related books that shared the sense the technology was not an unalloyed good, and needed to be considered and evaluated with nuance.

Of these, the best overview for the general reader is probably Cade Metz’s Genius Makers: The Mavericks Who Brought AI to Google, Facebook and the World. It’s a captivating and approachable history of Deep Learning and the researchers behind it.

As TR readers will recall, I’ve become increasingly interested in positive psychology, a preoccupation that has clearly puzzled some colleagues. One physician-scientist in pharma affectionately refers to it as “crystals in Sedona,” and tells me “You’re in Boston now, not California. Time to get real.”

Positive psychology, it turns out, is an academic discipline that was largely developed, and then deliberately reified, through the remarkable determination of one indominable scientist: University of Pennsylvania psychologist Martin Seligman. Today, many are familiar with aspects of this field through the wildly popular Happiness Lab podcast, hosted by Yale Professor Laurie Santos (and which I highly recommend), and through her similarly popular Coursera course, “The Science of Well-Being” (it’s also fantastic). I’ve been told Seligman’s Coursera offering on Positive Psychology is superb as well.

This summer, I completed a virtual, week-long course offered jointly by professor Laura Kubzansky and colleagues at the Harvard School of Public Health, and by professor Andrew Steptoe and colleagues at University College London, entitled “Exploring the Linkages Between Mental Well-being & Physical Health Outcomes.” Crystals weren’t on the syllabus, which focused instead on a critical review of the data and methodology in published, peer-reviewed studies.

I came away from the class with a renewed appreciation for both the extraordinary difficulty of durably driving healthy behavior change, and the value of positive psychology interventions – PPIs — as a promising tool in our arsenal (as I’ve recently discussed). Examples of PPIs include “savoring” (taking time to deliberately appreciate an experience); unexpected acts of kindness; expressions of gratitude; enhancing social connections; also exercise and sleep. The potential of PPIs as distinct tools hasn’t been lost on digital health companies focused on mental health and behavior change; one – Happify – is explicitly based on such interventions, and a suite of PPIs are central components of many other offerings as well.

Seligman has written several books on positive psychology, including Authentic Happiness (2002), a title he says he dislikes but which was forced on him by his publisher. In 2018, he published The Hope Circuit, his autobiography.

Both books are unbearably, and almost unimaginably, narcissistic, on the one hand, but also, in their own way, engaging (at least at times), and provide a remarkable window into the internecine world of academic politics, and what it takes to navigate them successfully. (Readers may also confront the question discussed in my last TR piece, and that Shira Ovide has written about so eloquently in The New York Times: can you have the positive qualities of transformative entrepreneurs – including entrepreneurs of ideas – without some of the more difficult attributes?)

Several other books I enjoyed after learning about them from the Santos podcast, and found particularly worthwhile, include Good Habits, Bad Habits (2019) by USC professor Wendy Wood, and Stumbling on Happiness (2006), by Harvard’s Daniel Gilbert. Through my children’s school, I also discovered Think Again, by Wharton Professor Adam Grant, about the value of continuously rethinking ideas.

Grant’s work connects not only with a central theme of Reid Hoffman’s Masters of Scale (discussed in WSJ here, and in TR here), and of Pixar’s former CEO Ed Catmull (I discuss here and here), but also with legendary scientists. In Horace Freeland Judson’s epic history of molecular biology, Eighth Day of Creation, Francis Crick tells the author “Just as important as having ideas is getting rid of them.”  (Nerd alert: this was one of the quotes I used in my high school yearbook.)

While Grant’s message is critically important, at times his argument feels a bit tidy. While he’s unquestionably right that not getting unduly wed to ideas is important, it’s not clear that there’s any way to discern reliably when you need to persist in an uphill battle and when you should drop an idea and move on.

As I wrote in my WSJ review of Safi Bahcall’s Loonshots, a book about cultivating innovation in organizations, and discussed in Forbes:

“The uncomfortable truth is that doing something new is risky, and it is often impossible for an organization to determine, in advance, whether an innovative team is working on a hit or a flop. As the late Harvard researcher Judah Folkman used to tell his students: ‘If your idea succeeds, everybody says you’re persistent. If it doesn’t, you’re obstinate.’”

In short: it’s relatively easy to craft narratives around failures to re-evaluate, or successes associated with thinking again, but there are compelling, equal, and opposite narratives as well, and it may not be possible, in the moment, to know which path will be best. At times, rethinking could save your company, at other times, you’d have been better off brashly forging ahead, and it simply may not be possible to know in advance which approach is best.

COVID, visibly, has disrupted the world and consumed our attention. The pandemic – both the virus and our response to it – has threatened our physical and mental health, our economic health, and the health of our relationships with one another.

Our explanatory models for COVID have become intertwined with our identities, calling to mind Miles’ Law: where you stand depends upon where you sit.

We’re desperate to understand “what went wrong,” ostensibly to prevent future pandemics, but also to satisfy our fundamental human need for some explanation of how this terrible thing could happen.  Several books have already been published on the pandemic, and hundreds more are sure to follow.

Two that are particularly worthwhile: Michael Lewis’s The Premonition (published May 2021), and Scott Gottlieb’s Uncontrolled Spread, out this week (note: Scott, a colleague at the AEI, had shared a completed copy of his manuscript with me ahead of publication).

Lewis has a remarkable gift for accessing complex and unwieldy subjects, like sabermetrics (Moneyball) and the financial crisis (The Big Short) by focusing the story on seemingly peripheral characters, typically unheralded individuals who emerge as protagonists. In The Premonition, he introduces us to an eclectic crew of physicians and scientists who both individually and collectively were striving to help the nation recognize the pandemic and respond to the threat. Through their efforts, we appreciate the dimension of the challenge and the difficulties of developing an effective response. 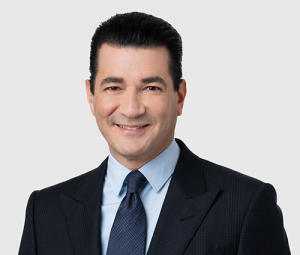 Gottlieb’s approach seems an ideal complement to Lewis’s. As FDA commissioner from 2017-2019, and a familiar presence on television and social media, Gottlieb seems to have almost Bob Woodward-level access to all the key players in the federal government and industry.

He is able to present a remarkably comprehensive and insightful description of the evolution of the pandemic, and our national struggle to develop a strategy and execute a plan. Uncontrolled Spread is as compelling as it is concerning, and represents an ideal starting point for readers hoping to understand how we got here.

Both Lewis and Gottlieb agree on several fundamental points. Perhaps most importantly, the authors seem to emphatically conclude that the CDC is intrinsically a fusty, academic, highly bureaucratic organization not culturally suited to respond with real-time actions to prevent suffering and death in a fast-moving crisis like COVID-19.

One of Lewis’s protagonists, Dr. Charity Dean, a state public health official in California at the time, writes, in response to a proposed COVID response strategy, “The single most important part of this plan is IT IS NOT RUN BY THE CDC. It is run and overseen by an entity with actual experience in front line warfare in outbreaks.” In both books, the CDC is portrayed as an agency that might write a superb New England Journal of Medicine paper characterizing an epidemic — well after the acute danger has passed.

But another take-away that emerges from both books is that a key contributor to the challenge of responding to situations like COVID is the complex and often conflicting motivations driving human behavior.

For example, as Gottlieb discusses, China’s suppression of information clearly delayed the global appreciation of the danger posed by the virus, and contributed to its worldwide spread. But as he also reveals, the suppression seems to have occurred at every level – not only did Beijing punish physicians who tried to share knowledge of the outbreak in China, but even within China, Gottlieb writes that “information was being held by provincial officials” who were evidently concerned about alarming the central government.

Both Gottlieb and Lewis also highlight a number of examples where the “villain” seems to be a human being with feet of clay operating within the rigid constraints and often perverse incentives of bureaucratic structures and processes.

For instance, Lewis describes the challenge faced by researchers from the Chan-Zuckerberg Initiative attempting to provide free COVID testing – in this case to the Zuckerberg San Francisco General Hospital:

“How much is it going to cost?” asked the woman at Zuckerberg General, after the team at Chan Zuckerberg had explained their new COVID-19 testing lab.

“There was this super-long pause,” said Joe (DeRisi, the scientist who led the development of the test and) who was on the line.

“We don’t know how to do no-cost,” said Zuckerberg.

“What do you mean?” asked Chan Zuckerberg.

“It shows up as an error in the hospital computer if we put in zero cost,” the hospital official clarified.  “It won’t accept zero.”

“Can’t you put like one-tenth of a cent?” asked Joe.

And here we are.

After Devastating New Study, Is There A Future For Workplace Wellness – And Has Peloton Figured It Out?