Science is under attack. The FDA and the CDC have seen their credibility tarnished, largely because of the relentless pressure, and lies, of certain political leaders.

The pharmaceutical industry, built on a bedrock of science, knows darn well that the whole business will come crumbling down if the world continues indulging in this bottomless cynicism and nihilism that says everything is bullshit and lies or some conspiracy concocted by evildoers on the Other Team.

It’s one thing to ignore the political sturm und drang in election season if you think it’s just a passing thunderstorm, and everything will revert to normal. But that’s not happening in an environment this poisonous.

A vaccine that people don’t believe in, and refuse to take, is a nightmare scenario we can’t allow to happen. Polls are showing serious slippage in public confidence in the vaccine effort.

If the President can run over an honest scientific review like a Mack truck, and the public were to see such a catastrophe with their own eyes, then the pharmaceutical industry itself could slide back in public perception to where it was 100 years ago – nothing but a snake oil business. The entire scientific enterprise – government, academia and industry – could be viewed as little more than tools of gutter politics.

Seeing the potential danger ahead, nine leading vaccine companies banded together and issued a statement saying they won’t submit any applications to regulators seeking approval for a COVID-19 vaccine candidate until they are confident they have the delivered the goods on safety and efficacy. No cutting corners.

That means no cutting corners, even if the President of the United States demands the FDA wave through a half-baked investigational data set to score some political points at the last minute before Election Day.

The whole industry should be proud to see the CEOs of these nine companies — AstraZeneca, BioNTech, GSK, Johnson & Johnson, Merck, Moderna, Novavax, Pfizer, and Sanofi — take this stand. (Full statement).

The test will be following through on the pledge. Everyone who evaluates clinical trials knows there are shades of gray involved and plenty of room for debate on what counts as “enough data” or “convincing data.” The urgency is as real as it gets, and there’s no time for nitpicky academic debates. We need to get a point where the evidence is truly convincing to people who know what they’re talking about – experts in virology, immunology and epidemiology – before we roll out the vaccine at scale.

Academia has a role to play here, too, in defense of scientific thinking and science-based policy.

The good news is we saw people with good faith standing up for what’s right. More than 100 members of the Stanford faculty – including people who know what they’re talking about in microbiology, immunology and infectious disease research – signed an open letter chastising their former Stanford colleague and current Hoover Institution senior fellow Scott Atlas.

Atlas, a radiologist by training with no qualifications in infectious disease, has apparently gained the President’s ear by undercutting some of the best science-based recommendations we have in this pandemic.

This is a full letter worth reading. See it posted on the NYT.

Lastly, for those looking for a timely multi-disciplinary synthesis of where things are with the science of SARS-CoV-2, the extent of the outbreak, and updates on the response, I encourage you to take at least 30 minutes, and preferably the entire hour, to listen to Anthony Fauci’s appearance this week at Harvard Medical School’s Grand Rounds lecture. 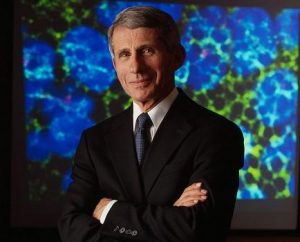 In a world filled with sound bytes and tweets, which often degrades, muddies, and warps the things that people try to say, it’s refreshing to turn off the distractions and just listen for a solid hour to a real infectious disease expert speaking humbly, and in plain English, about where things stand.

Now synthesize some of the other main happenings of the week in biotech.

AstraZeneca paused the Phase III clinical development of its COVID-19 vaccine candidate after a volunteer in a study, a woman in the UK, came down with transverse myelitis, a rare spinal inflammatory disorder. The Data Safety Monitoring Board is looking at the data to see whether it’s safe to continue the study. There was an extraordinary burst of energy and commentary online about this single adverse event, which may or may not be an important story at all. It’s all of a piece with the shoot-first-ask-questions-later modus operandi of the social web in 2020.

The death rate among African Americans with COVID-19 increased in August, while the death rate for white population slightly declined, according to data analyzed by the Color of Coronavirus project. Translation: the disparity was bad before, and it’s getting worse. (The Guardian).

Salt Lake City-based Recursion raised $239 million in a Series D financing to advance its work on technology-enabled drug discovery (with AI). See my coverage of the financing, and a strategic collaboration to develop drugs for fibrotic diseases with Bayer.

Cambridge, Mass.-based Casma Therapeutics raised a $50 million Series B financing, led by The Column Group. The company is seeking to build on new learnings about autophagy. The money is supposed to advance the company’s TRPML1 agonist in muscular dystrophy.

Cambridge, Mass.-based Trillium Therapeutics raised $130 million in a public offering at $13 a share. The company is targeting CD47, the ‘don’t eat me’ signal that cancer cells emit to escape the immune system.

Cambridge, Mass.-based Codiak Biosciences filed a new S-1 prospectus to go public. The company, the developer of exosome therapeutics is seeking to raise as much as $100 million. I wrote about Codiak’s new partnership with Sarepta in June.

Menlo Park, Calif.-based Grail, the early cancer detection company, filed an S-1 prospectus to raise up to $100 million in an IPO. The private company had an accumulated deficit of $1.4 billion as of June 30, 2020, according to the S-1. (See my coverage of Grail’s founding investment in January 2016.)

David Baker, a biochemistry professor at the University of Washington and director of the UW’s Institute for Protein Design, won the $3 million Breakthrough Prize in Life Sciences for his work in designing proteins from scratch. For background, listen to my interview with him on The Long Run podcast from December 2019.

Cambridge, Mass.-based Spero Therapeutics passed a Phase III clinical trial. The company said its oral antibiotic candidate, tebipenem HBr, for adults with complicated urinary tract infection (cUTI) and acute pyelonephritis. Topline data from the trial demonstrate that oral tebipenem HBr – a novel oral formulation of a carbapenem antibiotic marketed in Japan since 2009 — was statistically non-inferior to intravenous (IV) ertapenem in the treatment of patients with cUTI and patients with AP. The trial was clinically significant because it was a rigorous study of a new antibiotic against tough Gram-negative bugs in the age of increasing antibiotic resistance, and because it’s a convenient oral formulation being tested head-to-head with an IV form. (See CEO Ankit Mahadevia’s recent writings on antibiotic resistance on Timmerman Report, and listen to him on The Long Run podcast from Aug. 2018).

Germany-based Merck KGaA announced positive Phase II results for its IL-17A and IL-17F directed nanobody for moderate to severe chronic psoriasis. Data are being prepared for a scientific publication.

Takeda said it missed the primary endpoint of a Phase III clinical trial of ixazomib (Ninlaro) in patients with multiple myeloma.

Cambridge, Mass.-based Sarepta Therapeutics said the FDA has asked in writing for “an additional potency assay” before it can release its gene therapy for clinical study, and that “additional dialogue with the Agency is required to determine the acceptability of the potency assay approach.” Translation: the gene therapy for Duchenne Muscular Dystrophy is delayed.

Action in the Community Outside the Lab

How engaged is your company in your community, in terms of philanthropic giving and volunteering? Life Science Cares (an organization supported by Timmerman Report), recently surveyed small, medium and large companies on this issue and created an initial Community Engagement Benchmark Report. The findings were discussed here.